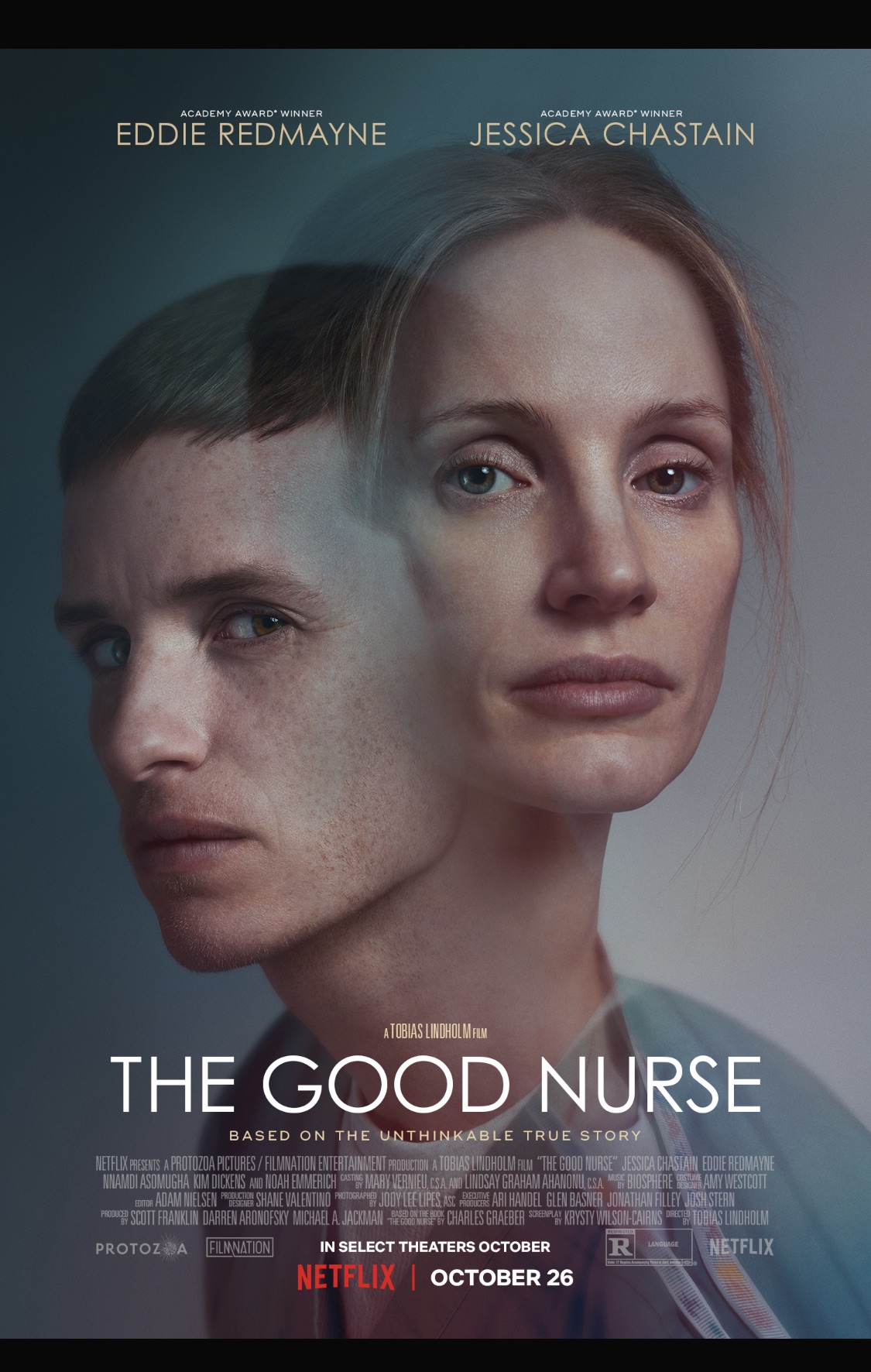 Greetings again from the darkness. A film focusing on a single mom who works as a dedicated and caring and overworked ICU nurse, and who is diagnosed with a heart condition requiring a transplant, and who is trying to hang on to her job long enough to secure medical insurance, and who is a loving mom to her two young kids, would normally have enough drama and stress to carry the story. But that’s not nearly enough for filmmaker Tobias Lindholm, who has written three outstanding screenplays: THE HUNT (2012), A WAR (2017), and ANOTHER ROUND 2020). Here he’s directing a Krysty Wilson-Cairns (LAST NIGHT IN SOHO, 2021) adaptation of Charles Graeber’s book about the man who may very well be the most prolific serial killer in history.

Jessica Chastain plays nurse Amy Laughren, who is faced with numerous challenges both at work and at home. Despite needing a heart transplant, she keeps this secret from her employer so that she can work the last few months needed to gain health insurance through the New Jersey hospital where she works. Strained beyond reasonableness, she sees hope when a new nurse is hired. Charlie Cullen (Eddie Redmayne) discovers her secret and offers to help her – not just with her patient workload, but also with her parenting responsibilities. Charlie is a Godsend for Amy.

Too soon, doubts begin to show. One of Amy’s patients dies unexpectedly, and the hospital administrator (Kim Dickens) calls the police, in what is a defensive move to protect the hospital’s business rather than uncover the truth. The detectives played by Noah Emmerich and (former NFL star) Nnamdi Asomugha feel handcuffed in their investigation as the hospital blocks their efforts at every turn. Their suspicion focuses on Charlie and his strange work history of being dismissed by 9 previous hospitals.

The obvious evil here is a medical professional who kills patients, but the enabler of this evil is a hospital system that values reputation and finances over the morally correct decisions. Both are frightening and both are dangerous. Cullen killed at least 29 people, and is suspected of killing upwards of 400. Lindholm sticks to a drab palette to match the grim subject matter, and both Ms. Chastain and Mr. Redmayne take low key approaches to two characters … one heroic and one truly dangerous.