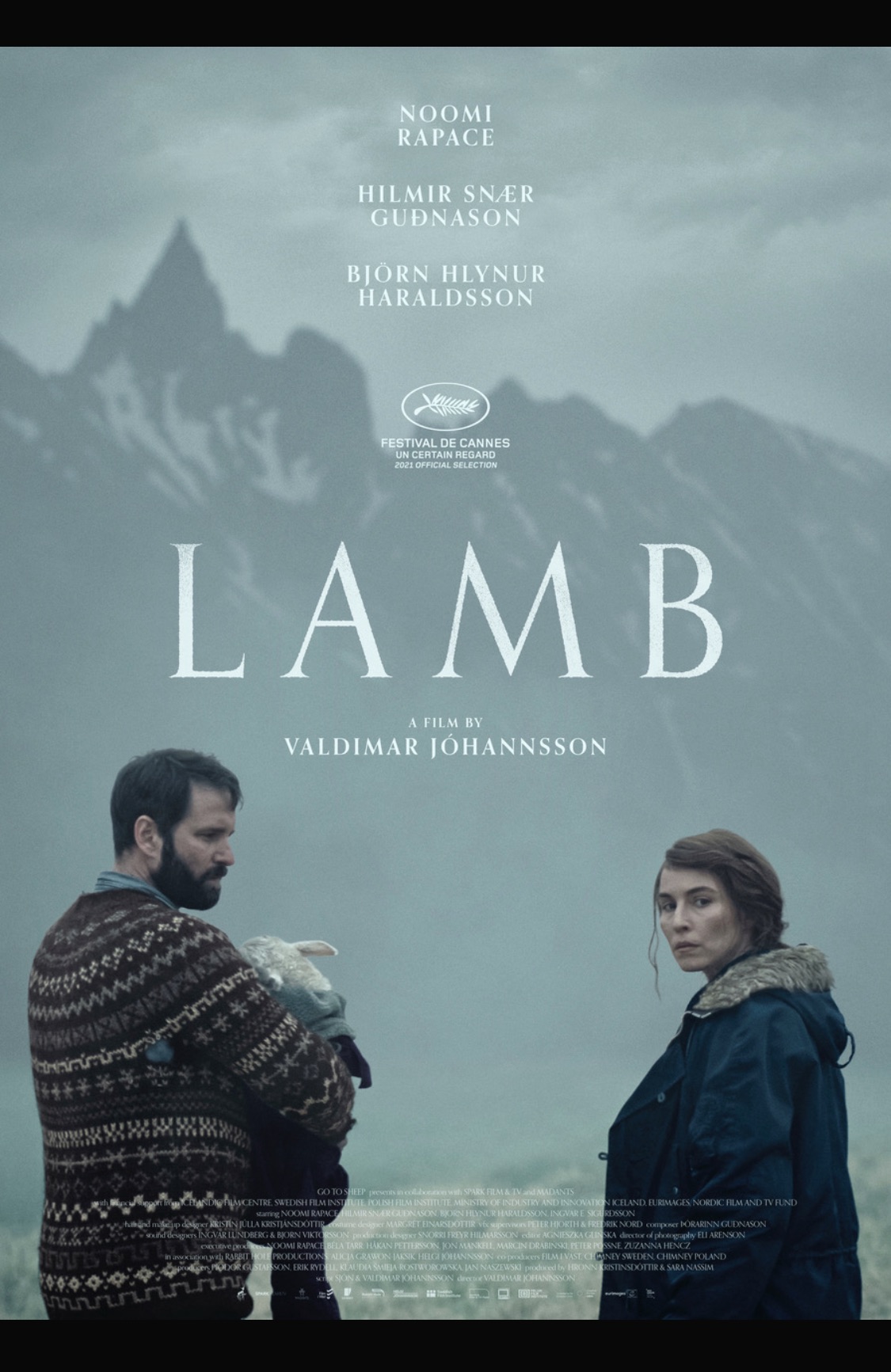 Greetings again from the darkness. The opening sequence is surreal and a bit creepy, and with it, first time director Valdimar Johannsson accomplishes a couple of things. First, we witness the rugged beauty of rural Iceland, and second, he sets us up for a bizarre tale, as we follow a heavy-breathing unseen creature (or being) that frightens some wild horses before making its way into the sheep pen. Johannsson co-wrote the script with Sjon, the renowned Icelandic novelist, poet, screenwriter, songwriter, and composer.

Noomi Rapace (THE GIRL WITH THE DRAGON TATTOO, 2009) stars as Maria, and we watch as she and her husband Ingvar (Hilmer Snaer Gudnason) work their remote sheep farm mostly in silence. There seems to be no joy and little connection between them as they go about their chores and duties. The seasons pass until its time for the sheep to give birth (as you might have guessed from the title). It’s at this point where I simply must be careful about what I write, as the less one knows about this one going in, the more effect it’s likely to have. Personally I knew nothing ahead of time, and had not even watched the trailer. Because of that, this easily rates as one of the most bizarre movies I’ve ever watched.

Remember the old margarine commercial, “It’s not nice to fool Mother Nature”? Well, Maria and Ingvar interpret one strange occurrence as “a gift” from nature and the key to their re-discovered happiness. When Ingvar’s troubled brother Petur (Bjorn Hlynur Haraldsson) shows up, his first question is “WTF is this?” That’s as close to a spoiler as I’ll come here, but there are multiple interpretations to be had: the power of nature, loneliness, the challenges and rewards of parenting, commentary on those who treat their pets as kids, and the devastation of grief followed by the hope of redemption.

There are moments of irony with wool sweaters and entrée selections, as well as some dark humor in regards to bath time, an observant cat, a loyal and smart dog, and one specific irked ewe. This is a remote farm in rural Iceland and the setting adds to an already unorthodox story … one which is pulled from Icelandic folklore. Johannsson is to be commended for his initial work. It easily could pass as a project from the creative mind of Yorgos Lanthimos (THE LOBSTER) or Robert Eggers (THE WITCH). In fact, the film’s co-writer, Sjon, is also writing Eggers next film, THE NORTHMAN, slated for April 2022.

Beyond the setting, the atmosphere, and bizarre aspects of the story, what makes it work is how the characters play it straight. These aren’t talkative folks and we believe they could exist in this environment. Ms. Rapace delivers a strong performance, and that shocking ending reminds us not to mess with nature.

A24 is releasing the film in theaters beginning October 8, 2021

WATCH THE TRAILER (if you must)

This entry was posted on Friday, October 8th, 2021 at 7:46 am and is filed under Drama, Fantasy, Horror, World Cinema/Foreign. You can follow any responses to this entry through the RSS 2.0 feed. You can leave a response, or trackback from your own site.