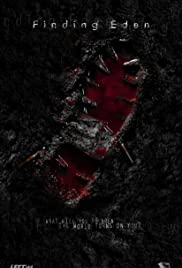 Greetings again from the darkness. Director Rodney Luis Aquino opens his first feature film on a happy and loving family consisting of father/husband, mother/wife, and son. They are a normal family who eat dinner together while discussing spitballs. The wife questions the husband’s “vacation beard” … a beard that has, by the looks of it, been growing for 3-4 months, leaving us to wonder what kind of benefits his employer offers. Their paradise is rocked one evening when the National Emergency Warning goes off. We learn from the news reports that the Earth has gone off its axis, leading to weather catastrophes around the planet.

We then flash forward as narrator Lisa (the wife) informs us “The Turn” occurred three winters ago, and sometimes she wonders if this is all a dream. It’s not a post-apocalyptic world, but it might as well be. She tells us there are rumors of cannibalism; however, in this family they hunt for food and scrounge for water. Adam takes his bow and three arrows in hopes of nabbing dinner. But Adam (Jason Sutton) is no superhero. He leaves his beloved Lisa (Jennifer Faith Ward) and son Sam (Michael Campion) at the campsite. When he returns empty handed, he discovers his family has been taken. His mission is no longer wild rabbit for dinner, but rather rescuing his loved ones.

On his journey, Adam crosses paths with Fred (Joseph Gatt, whom you’ll recognize from many roles), who tells him about “Eden”, a community of good folks who are forming a new society. It’s here where we learn that the bloody handprint signs Adam has seen along the way belong to Donner, a vicious guy who was kicked out of Eden. Of course, we understand that Adam and Donner are headed for a showdown if the family has any hope of survival. Veteran character actor Tom Proctor plays Donner, and he brings all he can to a role that embodies evil … Donner is a deliciously nasty fellow.

With an ultra-low budget project, some slack must be given for production value. Kraig Swisher takes on the rare combination of screenwriter and cinematographer, and at times the dialogue could have used a jolt, while the visuals never seem to take full advantage of the Florida and Georgia filming locations. The sound mixing is entirely too noticeable at times (those footsteps), and Mr. Sutton doesn’t really have the chops yet for leading man. Mr. Gatt and Mr. Proctor certainly elevate the film during their sequences, and the soundtrack is mostly in sync with what we see on screen. Overall, there are some fine moments, though we would have preferred the scenes of peril and danger to go much deeper, along with some more incisive commentary on the likelihood that most humans would take shortcuts when things go badly (like what is currently happening).

This entry was posted on Monday, May 11th, 2020 at 11:43 pm and is filed under Drama, Thriller. You can follow any responses to this entry through the RSS 2.0 feed. You can leave a response, or trackback from your own site.