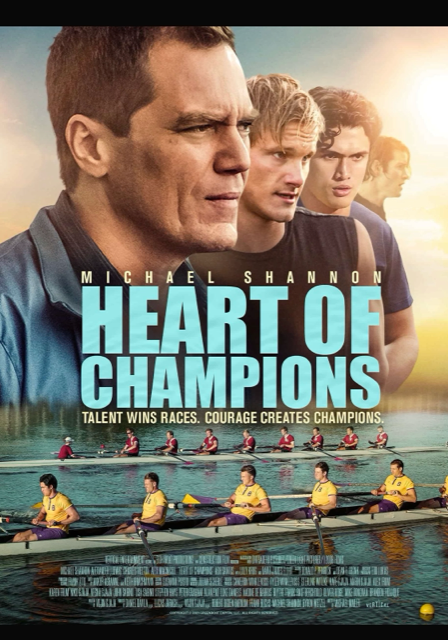 Greetings again from the darkness. We’ve seen most of this before in a long list of inspirational sports stories where the beleaguered, tough as nails coach comes in and unites a rag-tag team while teaching life lessons. However, with (2-time Oscar nominee) Michael Shannon cast as the coach, we know there will be at least one performance worth watching. The screenplay is from Vojin Gjaja and it’s directed by Michael Mailer (son of 2-time Pulitzer Prize winning author, Norman Mailer).

The film opens in May 1999 as a crew team finishes last in the Collegiate Rowing Championships. Inner-team bickering and animosity exists thanks to domineering Team Captain Alex (Alexander Ludwig, “Vikings”). The following year, the team is introduced to their new coach, Coach Murphy (Shannon). He has a different approach and he’s focused on creating a team, rather than a few guys with oars. All we really learn about Murphy is that he’s an alum and former rower for this same college, and an Army and Vietnam veteran who lost friends in the war, and carries that burden with him every day.

Alex (Ludwig) is back for his senior year and his goal is to be chosen for the Olympics team … a goal his over-bearing father (David James Elliott, “JAG”) reminds him of every few minutes. The other two crew members who get significant screen time are John (Alex MacNicoll, ALL ROADS TO PEARLA, 2019) and newcomer Chris (Charles Melton, THE SUN IS ALSO A STAR, 2019). John is dating Alex’s ex-girlfriend Sara (Ash Santos), while transfer student Chris is dealing with a recent tragedy, and also attracted to Sara’s friend Nisha (Lilly Krug, EVERY BREATH YOU TAKE, 2021). And yes, at times the melodrama of these folks is just a bit too heavy-handed and soap opera-ish. Coach Murphy is clearly the most interesting character, yet the film spends the bulk of its time on the youngsters and their daily journey.

One of the plusses here is that the sport at the center is rowing, which at least veers from the typical sports fare. But then we learn very little about the sport, other than it blisters your hands and causes your lungs to burn … and there is “swing” which occurs when the team is in full sync. Mr. Shannon does as much with his underwritten role as possible; however, overall the movie is just a bit too generic with its final lesson of, “a loss is not the end.” Should you have an interest in a true life rowing story, allow me to recommend the 2013 book (my son recommended to me), “The Boys in the Boat: Nine Americans and Their Epic Quest for Gold at the 1936 Olympics” by Daniel James Brown 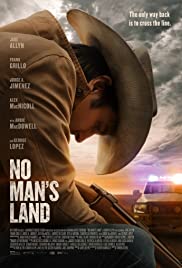 Greetings again from the darkness. The title is drawn from what the locals call the gap between the Texas-Mexico border and the fence/wall that must be crossed for those looking to make their way. The film is directed by Conor Allyn and was co-written by his brother Jake Allyn and David Barraza. Jake is also the lead actor.

Bill Greer (Frank Grillo, THE GREY, 2011) and his wife Monica (Andie MacDowell) live on a border ranch with their eldest son Lucas (Alex MacNicoll, ALL ROADS LEAD TO PEARLA, 2019). It’s not an easy life, as the illegal aliens who cross their land sometimes cut the barbed wire fence for access, allowing the Greer’s cattle to escape. Their son Jackson (Jake Allyn) is home from college. He’s a baseball prospect with a trip to New York scheduled to meet with the Yankees (it’s funny how baseball players in the movies so frequently play for the Yankees). While home, Jackson rides his beloved horse Sundance, and helps chase the illegal aliens off the ranch.

One night things go horribly wrong, and Jackson accidentally shoots Fernando, a young boy who is crossing with his father Gustavo (Jorge Jimenez). As viewers, we’ve seen the caring father, referred to as “The Shepherd”, protect his son from the drug dealers and coyotes. Jackson’s dad tries to take the blame for the shooting when interviewed by Texas Ranger Ramirez (George Lopez in a rare dramatic turn for the comedian), but Jackson can’t keep quiet and he bolts across the Rio Grande on Sundance.

As Jackson makes his way deeper into Mexico, he crosses paths with a heavily-tattooed blond coyote named Luis (Andres Delgado) – one who had previously tried to scam Gustavo and Fernando. In fact, Luis shows up more often than a bad penny throughout the story. He’s the one true villain, yet even he thinks he’s doing the right thing (at least sometimes). Jackson is mostly impressed with how nice everyone is, and he ends up working for Victoria (Esmerelda Pimentel) at her father’s horse ranch. It turns out, Jackson is a horse-whisperer, in addition to being a talented baseball pitcher.

Jackson decides he must beg forgiveness from Gustavo, not knowing Fernando’s father is simultaneously tracking him down in a quest for vengeance. Mr. Jimenez gives the film’s finest performance as he flips the switch (quietly, but effectively) from protective and loving father to vengeful man on a mission. The script is filled with clichés and contrivances, with Jackson playing the role of white guilt with an emphasis on cross-cultural empathy. Mexico, and its people, are not like what he expected or had been led to believe. An elevator ride, The Adventures of Huckleberry Finn, and a rendezvous at a funeral are examples of scenes that induce cringes from us as viewers, but nothing too outrageous is included, and we are engaged enough to continue along on Jackson’s trip. 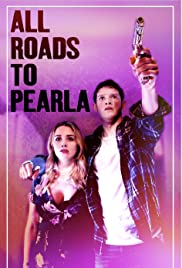 Greetings again from the darkness. Rural, small town America forms an appealing backdrop for filmmakers due to the great divide: those who are desperate to “shake the dust off” and head for greener grass, and those who can’t imagine any other way of life. In his first feature length film, writer-director-editor-producer Van Ditthavong seizes on the small town atmosphere to create a sense of danger that complements the above-mentioned divide.

Alex MacNicoll stars as Brandon, a high school wrestler in non-stop training mode – replete with nose bleeds, early morning runs, and the quest to cut weight. Brandon lives in a trailer with his mother (Morgana Shaw) who has never gotten over the death of Brandon’s beloved brother. She’s an aggressive griever and takes out her anger on Brandon, leaving him squarely in the “can’t wait to get out of this town” mode. Brandon and Ellie (Paige McGarvin), the local grocery checker, are attracted to each other, yet, despite her warning, Brandon falls for the wicked charms of the mysterious bad girl Pearla (Addison Timlin, FALLEN). Naïve Brandon knows nothing of the town’s criminal underbelly, but Pearla is connected to the psychotic Oz (Dash Mihok, “Ray Donovan”), who is part of it.

Mihok seems to revel in playing the deranged Oz. He expertly balances his scenes as a vicious mask-wearing, gun-toting thug with his small town country-bumpkin mentality … one who spells bidet, “b-a-d-a-y”. Somehow in a town this small, almost no one is who they appear to be. This certainly includes Coach Baker (played by Nick Chinlund, who you’ll likely recall from CON AIR), the motivating wrestling coach with a dark side. Also in the ‘bad guy’ mix are Cowboy Loy (Corin Nemac) who is after revenge on Pearla, and shop owner Mamo (Tina Parker), who seems to control the local crime element, or at least tries to – “Nobody steals from me”.

Brandon’s English class covers a pertinent passage from Orwell’s “1984”, and his big dream involves saving enough money to drive his truck to El Paso for a job on an oil rig. There is some similarity in tone to the Coen Brothers’ classic BLOOD SIMPLE (1984), but of course, Mr. Ditthavong is not yet at that level as a filmmaker. However, for a low budget film that sometimes mixes up day and night, it benefits from nice performances and an atmosphere of dread. The entertainment value is such that I look forward to more projects from the cast and Van Ditthavong.