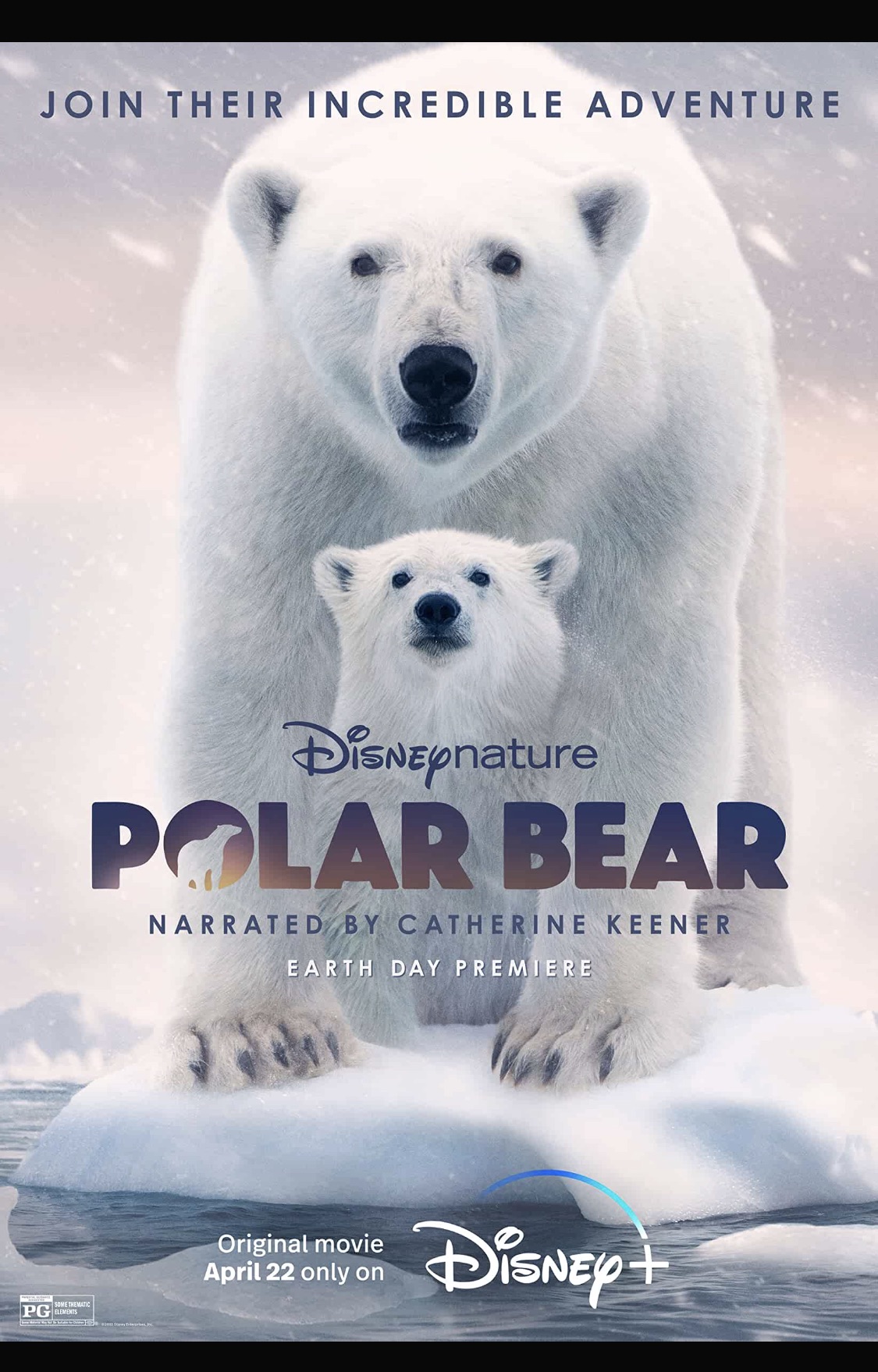 Greetings again from the darkness. After filming their award-winning documentary PENGUINS (2019) in Antarctica, co-directors Alastair Fothergill and Jeff Wilson re-teamed and headed to Norway, not far from the North Pole, to capture life and the fight for survival by polar bears in this feature for Disneynature.

As we would expect, the adult polar bears are majestic and powerful, while the cubs are just about the cutest things on the planet. Also, as we have come to expect from Disneynature, the photography is stunning in its clarity and ability to take our breath away. Unfortunately, much of the story here is focused on climate change and its impact on these creatures. Filmed over years, we follow a mother “ice bear” after her two cubs are born. We watch as the mother first hunts for food and later trains her cubs. Seals are the preferred dish of the day, but seals have become harder to find due to the warming waters and reduced ice.

Three other segments feature Baluga whales, walruses, and an incredible few minutes of birds flocking along the side of a steep cliff. A dead whale gives us a look at the fearsome male polar bears and their intimidating force over females and cubs. Disneynature doesn’t shy away from the harsh realities and mortal danger faced by polar bears, as we witness both death and separation … though, as the circle of life indicates, these are offset with new birth and arrivals.

Two-time Academy Award nominee Catherine Keener (BEING JOHN MALKOVICH, CAPOTE) uses her distinctive voice to capture the wonder of the bears and their harsh environment, as well as the overall challenges occurring due to climate change. We are informed that the Arctic circle could be ‘ice-free’ by 2040, which means the polar bears must adapt quickly or face the dire consequences. Hopefully it’s clear that this is not one of the warm and fuzzy Disney docs that many of us grew up on, and therefore, not for the youngest kids (no matter how much they love polar bears).