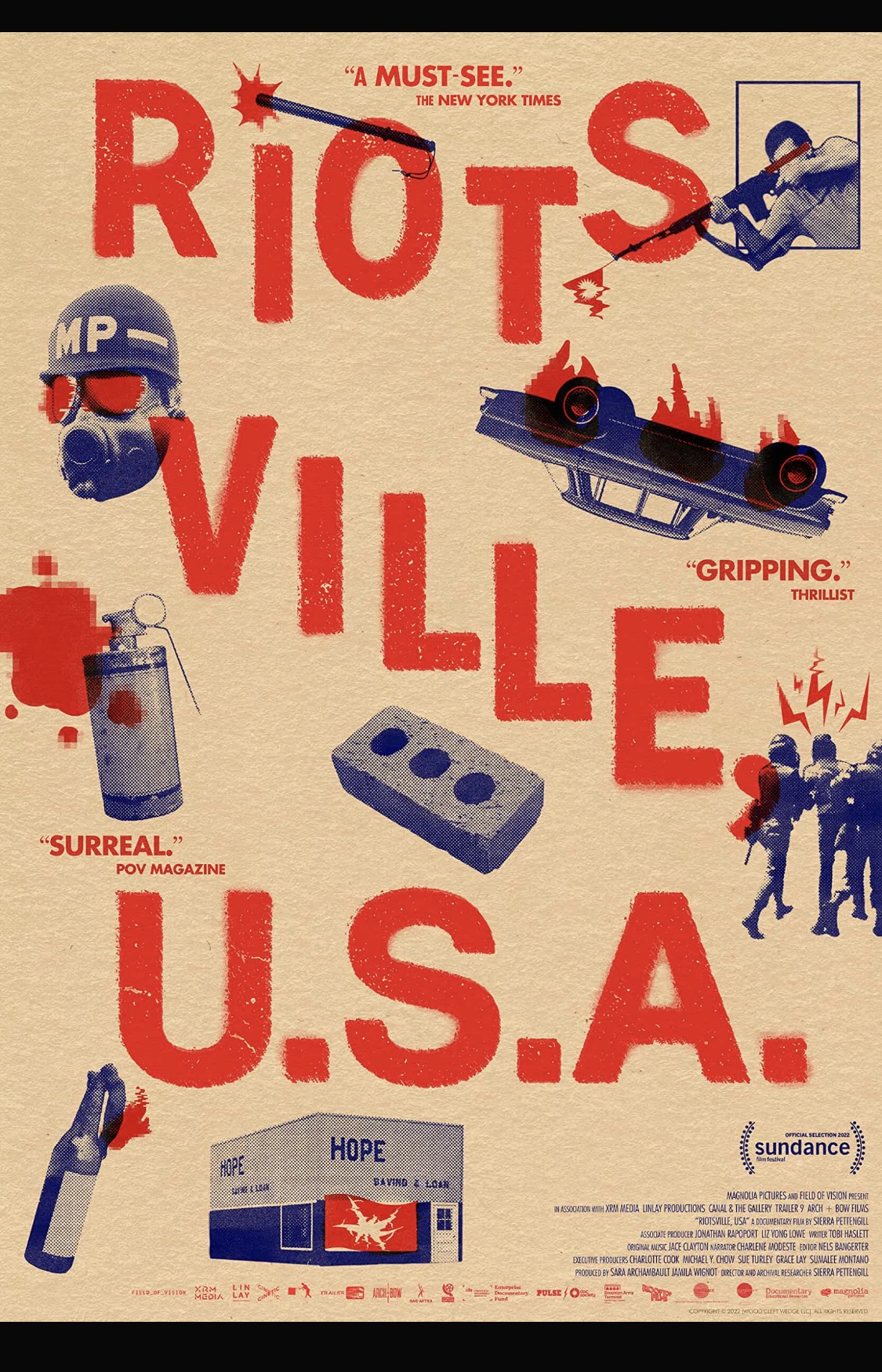 Greetings again from the darkness. A couple of old sayings came to mind while watching this. “The more things change, the more they stay the same.” This ties together what we see from the 1960’s with what we’ve seen very recently in the U.S. Next would be, “You made your bed, now sleep in it.” This references the manner in which our government reacted to civil unrest in the 1960s has affected our society for the past 50+ years.

Documentarian Sierra Pettingill utilizes only archival footage from TV (newscasts and talk shows) and military footage filmed during the era. The clips are edited in a way to tell the story of how the government responded to increased civil unrest, and how those responses not only made the situation worse, it also set the table for ongoing societal issues for decades to come.

Historical background includes President Lyndon Johnson forming the Kerner Commission (officially The National Advisory Commission on Civil Disorders), and how the resulting 700 page 1968 report did not provide the conclusions expected by the government. It warned of two societies – one white, one black, separate and unequal. The corresponding action items were deemed too expensive due to the ongoing Vietnam War. Instead an addendum suggested expanded federal funding for police … that one hit home with politicians.

Much of the footage, as well as the film’s title, comes from the model town constructed by the military at Fort Belvoir in Virginia. It’s here where training sessions occurred with military personnel cast as rioters and law enforcement learned the approaches to quell the uprising. Unfortunately, most of these approaches involved law enforcement escalation during civil unrest, leaving us wondering which causes the most damage. We even see military leaders observing the drills from the grandstands, applauding and laughing in some parts. It’s impossible not to notice that these are all white faces.

Further escalation and federal funding resulted in specialty tanks, and we see the training videos around this weapon. At its core, what we see is a simulated riot in a simulated city. It’s easy to view this as training hate and power, rather than learning de-escalation techniques. Director Pettingill also includes clips from PBL (precursor to PBS) talk shows like “Civil Disorder”. These shows, and their debates, caused Ford Motor Company to withdraw funding in 1969. The news clips from the 1968 Democrat and Republican conventions provide some insight into the reporting during this era. Especially biting is David Brinkley’s response to Strom Thurmond’s comments. The film’s only weakness comes in the form of narration from Charlene Modeste. The words are simply too flowery or artsy for such subject matter. This is a film that urges you to feel the frustrations. It turns out “Law & Order” can be twisted by those in power.

This entry was posted on Friday, September 16th, 2022 at 9:48 pm and is filed under Documentary. You can follow any responses to this entry through the RSS 2.0 feed. You can leave a response, or trackback from your own site.