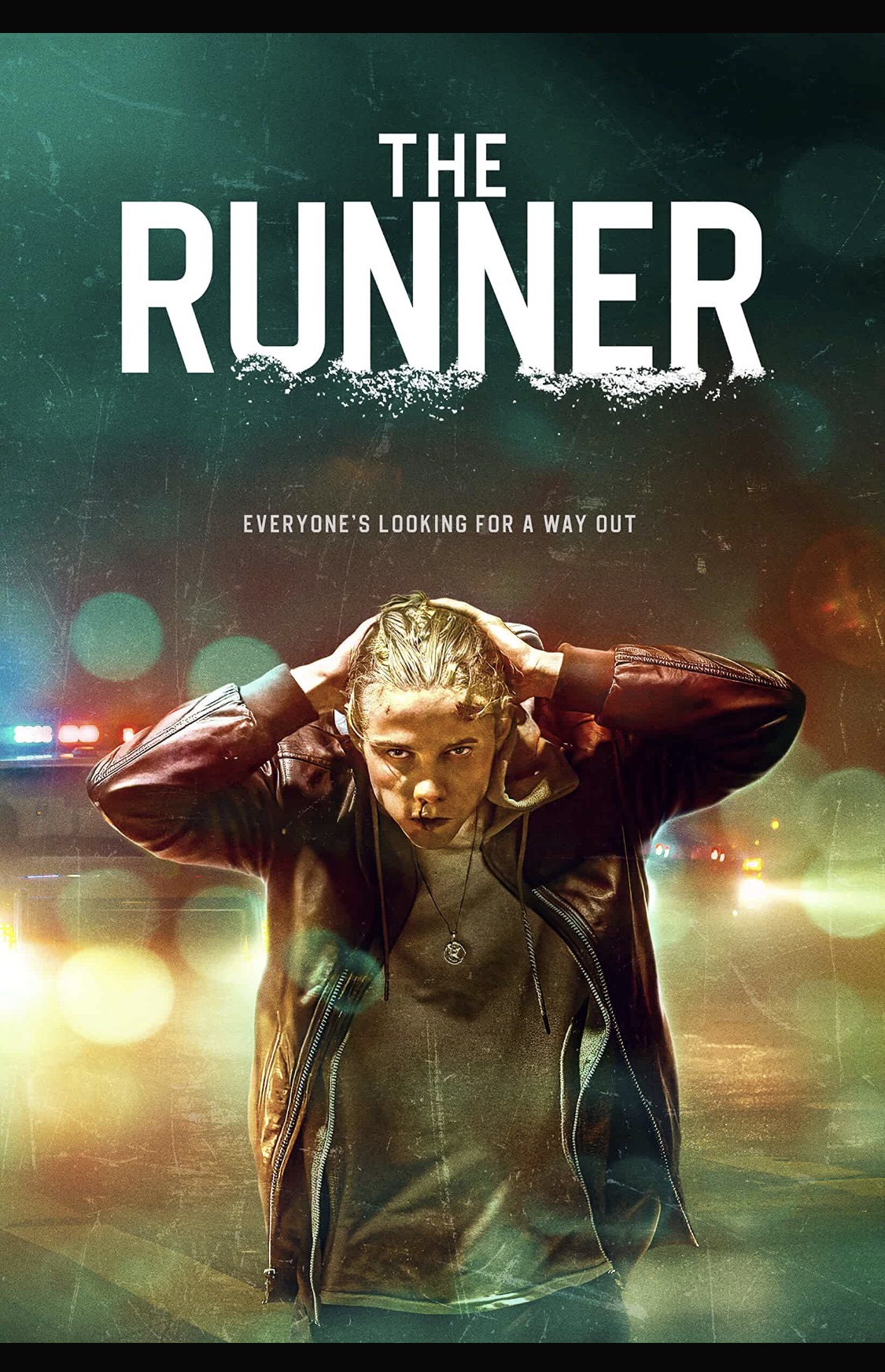 Greetings again from the darkness. Drugs continue to destroy lives despite this being 40 years past when Nancy Reagan first counselled folks to ‘Just say no’. Not surprisingly, an ad campaign had little effect in the war against illicit drugs that immediately made people feel better (regardless of the long-term impact). Before and since that era, there have been countless films with storylines depicting the negative side of drugs – violence, gang activity, broken families, shattered dreams, failing health, and death. The drug stories that work best are those that narrow the focus and zero in on a personal story, and that’s what director Michelle Danner and screenwriter Jason Chase Tyrrell have done here.

French-Finnish actor Edouard Philipponnat (HOUSE OF GUCCI, 2021) stars as Aiden, a high school student riding high (yes, that’s a pun) thanks to the drug business he and his buddy Blake (Nadji Jeter) have carved out on campus. Aiden charms his way through school hallways mingling just long enough for business with students and even teachers. Aiden doesn’t exactly maintain a low profile by hopping in his $100k Mercedes SUV or skipping classes or showing up late and high to track practice.

Aiden’s mom (Elisabeth Rohm, AMERICAN HUSTLE, 2013) arranges to have local Detective Wall (Cameron Douglas) put a scare into him by threatening arrest. Aiden’s belligerent attitude forces an arrest, and Detective Wall offers him a deal … wear a wire for a sting on big time dealer and supplier ‘Local Legend’ (Eric Balfour), and Aiden won’t be tried as an adult. Even though he is furious at his mother, she admits this was “for his own good” and she “didn’t know what else to do.” In addition to this, Aiden is carrying the burden of an incident with his ex-girlfriend, Layla (Kerri Medders). Bottom line, Aiden is living a harrowing life and he’s on a downward spiral. He reacts by turning more to the drugs he peddles.

The crescendo occurs at a house party Aiden throws while his mom is traveling on business, although we wonder why this very nice house doesn’t have security cameras so mom can keep an eye on things. The evening doesn’t go as planned for Aiden, Local Legend, or the cops, but we do get an unexpected ending with a nice touch – and a flash of the Norman Rockwell painting, “Runaway.”

Director Michelle Danner has built a reputation as a top acting coach (and for her work on stage) and she coaxes a nice performance out of up-and-comer Philipponnat, who reminds of another actor in his age group, Charlie Plummer from LEAN ON PETE (2017). Philipponnat will next appear in Ridley Scott’s film NAPOLEON, scheduled for release in 2023. Cameron Douglas, who plays high-strung Detective Wall, is the son of Oscar winner Michael Douglas, although his mannerisms are more similar to his grandfather, legendary actor Kirk Douglas. The film breaks one of my pet peeves which is casting actors much too old for high schoolers; however, the subject matter here calls for some flexibility. Ms. Danner’s direction and Mr. Philipponnat’s performance move them both into the ‘keep an eye on’ category.

On a fun note: If you happen to be looking for a new drinking game, try the one for each time Philipponnat’s Aiden runs his fingers through his hair due to the stress of the moment.

This entry was posted on Thursday, August 18th, 2022 at 5:44 pm and is filed under Drama, Thriller. You can follow any responses to this entry through the RSS 2.0 feed. You can leave a response, or trackback from your own site.