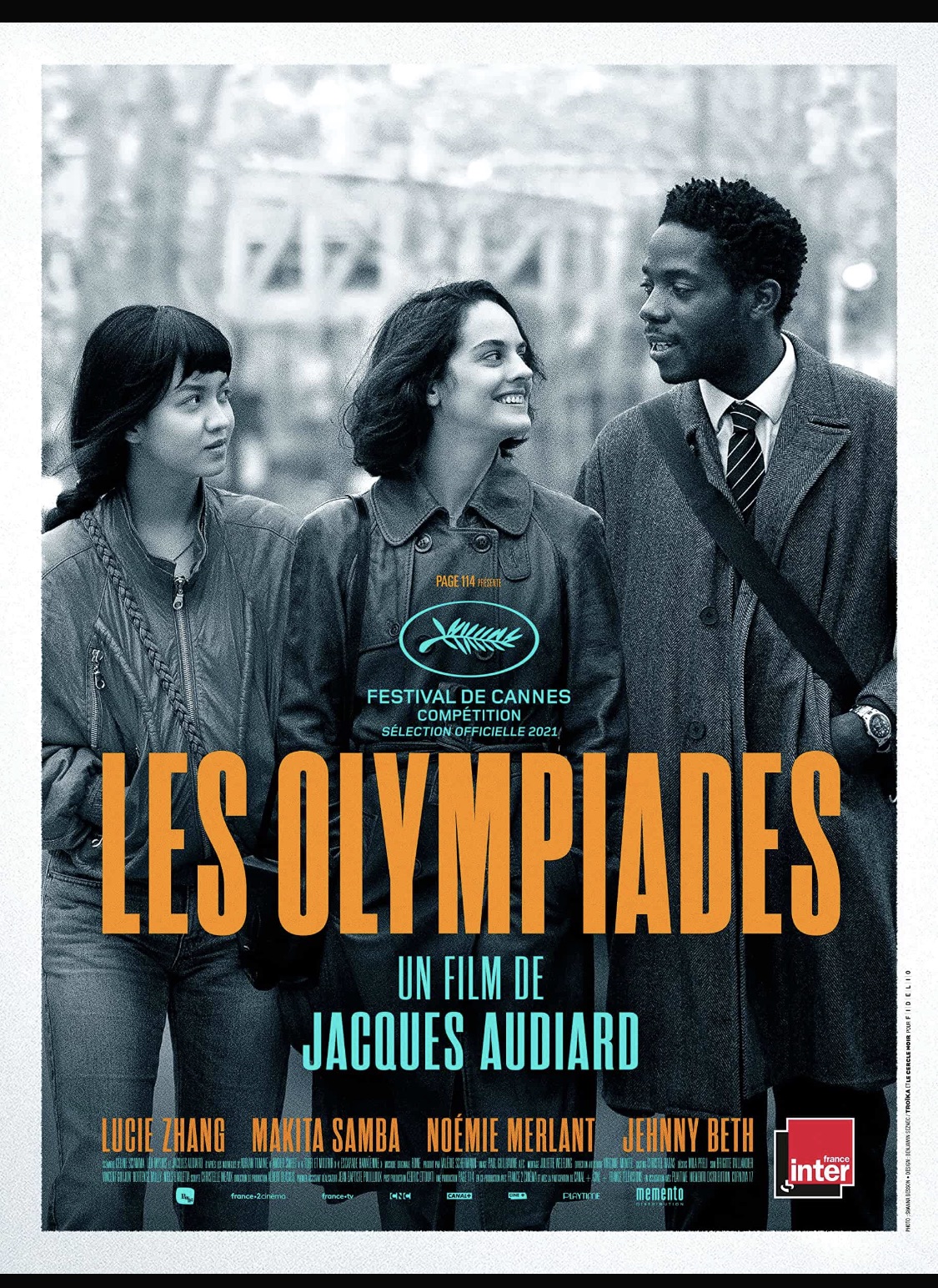 Greetings again from the darkness. Jacques Audiard is one of the filmmakers who has won my cinematic loyalty through his consistently thought-provoking and entertaining films. His five features since 2005 have all been excellent: THE BEAT THAT MY HEART SKIPPED (2005), A PROPHET (2009), RUST AND BONE (2012), DEEPHAN (2015), THE SISTERS BROTHERS (2018). This latest is a different kind of story for Audiard, and it’s based on the stories from animator Adrian Tomine. Audiard adapted the screenplay with Nicholas Livecchi, Lea Mysius, and Celine Sciamma (writer and director of PORTRAIT OF A LADY ON FIRE, 2019). The result is a unique vision of modern-day love set in an area of Paris that is rarely featured in films.

Audiard gives us a REAR WINDOW-esque opening that lands on a couple evidently singing naked Karaoke. We are then informed, “It began like this.” Emilie (newcomer Lucie Zhang) is a tele-salesperson augmenting her income by renting out a room in her apartment … well, it’s her grandmother’s apartment, but she is confined to a nursing home suffering from Alzheimer’s. Emilie wants a female roommate and Camile is the first to schedule a showing. Only Camile (Makita Samba) isn’t female. Instead, he’s a handsome teacher working on his doctorate, and since there is a spark between he and Emilie, she agrees to let him move in. The attraction plays out as you would imagine, right up until Camile slams on the brakes and informs a frustrated Emilie that he has no intention of being a couple, and soon invites another lady friend over for an evening of intimacy. The micro-aggressions between Emilie and Camile escalate, and soon he moves out.

Next we meet thirty-something Nora (Noemie Merlant, PORTRAIT OF A LADY ON FIRE) who is excited (almost giddy) to be headed back to law school. It doesn’t take long for classmates to mistake her for a popular online sexy cam-girl named Amber Sweet. The mistaken identity and bullying cause Nora to drop out and return to her previous profession – real estate. It turns out the local office is being managed by Camile, who, disillusioned with teaching, is looking for a fresh start by helping out a friend. Nora sets the ground rules and the two maintain a professional relationship, right up to the point where they cross the line and become lovers.

Audiard shoots most of the film in black and white, which gives it the timeless feel of so many French romantic dramas over the years. The difference here stems from the sexual dynamics and interconnected stories and characters all within Paris’ 13th arrondissement. One of the terrific storylines has Nora cultivating a chat relationship with the same Amber Sweet (Jehnny Beth of the English rock band Savages) she was mistaken for. Personal grief plays a role with two of the main characters, while a dark family secret burdens another. This emphasizes how we each carry the past and it sticks with us regardless of the path we choose. The film also reinforces how there are invariably contradictions in how we see ourselves and our actual behavior. These characters may engage in casual sex, though by the end, it’s clear each wants more than they are willing to admit. Things wrap up pretty neatly in the end, but the road travelled is a bit rocky.

This entry was posted on Friday, April 15th, 2022 at 7:42 am and is filed under Drama, World Cinema/Foreign. You can follow any responses to this entry through the RSS 2.0 feed. You can leave a response, or trackback from your own site.