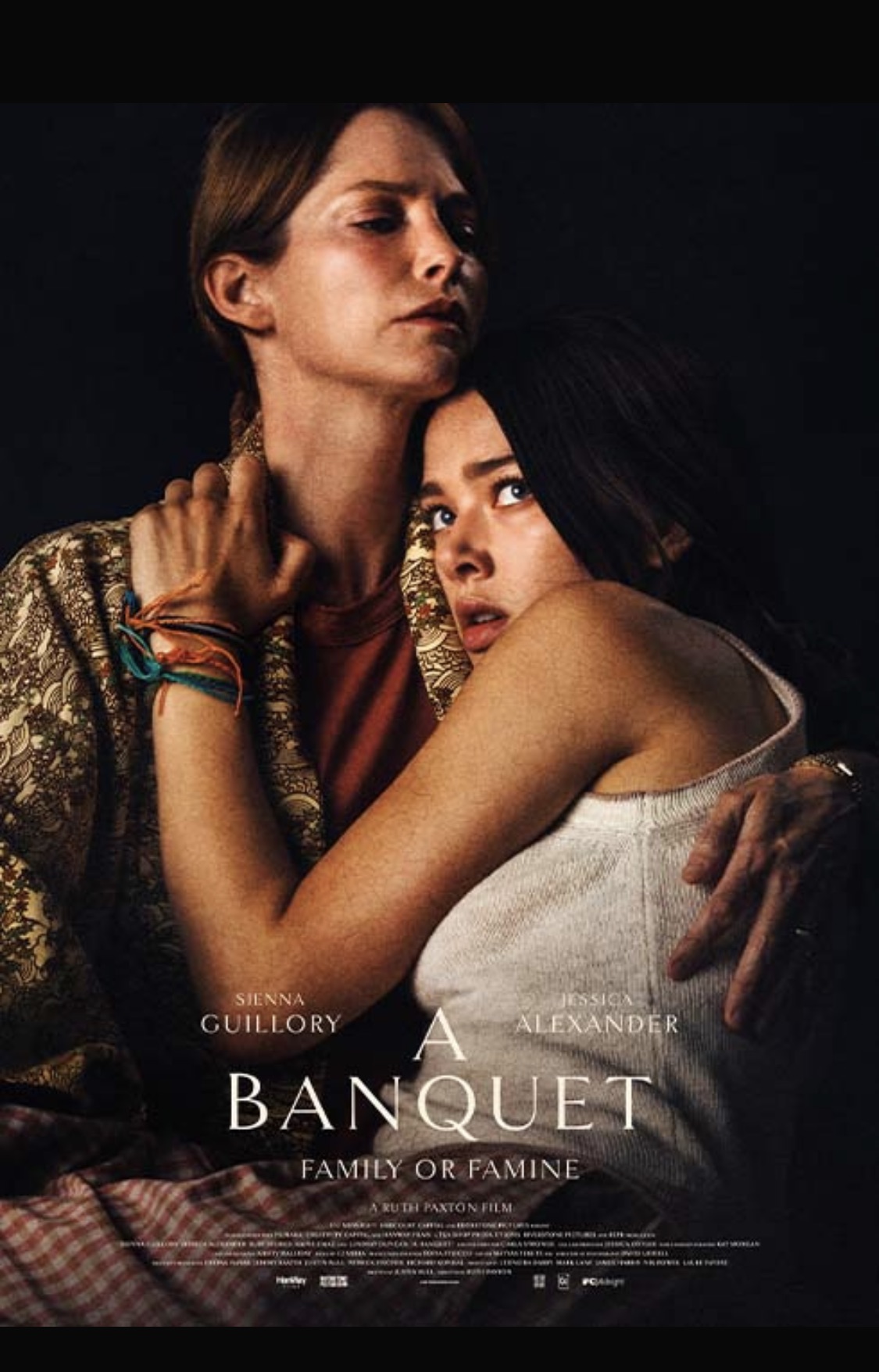 Greetings again from the darkness. For her first feature film, director Ruth Paxton tackles an ambitious story from writer Justin Bull. It’s not an easy film to describe to someone who hasn’t seen it, and it’s even a bit of a challenge to have a discussion with anyone who has seen it. I’m not even sure whether to agree with the “horror” label, or if “psychological drama” is more accurate. It’s all this uncertainty that keeps us watching the film, while also contributing to the dissatisfaction we feel at its conclusion.

Sienna Guillory stars as Holly, mother of two teenage daughters and caregiver to her very sick husband. The opening sequence shows the grizzly death that leaves Holly a widowed single mother. Betsey (Jessica Alexander) is fast-approaching college age and has a close relationship with her mother, while younger daughter Izzy (Ruby Stokes) is a developing ice skater who lives somewhat in the shadow of her big sister. This suburban family is rocked again when Betsey experiences an unexplained phenomenon under a blood moon after she drifts from the high school party she’s attending.

Betsey’s bizarre behavior goes far beyond the oddities we expect from teenagers. First of all, she refuses to eat. Not just vegetables, but anything. This goes on for weeks, and the most baffling part to mother Holly and the doctors (and viewers) is that Betsey doesn’t lose weight. Despite multiple weigh-ins per day and zero food intake, she maintains a normal appearance. Betsey proclaims, “I’m not anorexic”, and in our first clue, speaks of an impending cataclysmic event.

“It’s coming” and “Not much longer” are the strange and vague predictions Betsey utters. All the while, Holly is doing what she can to help her daughter. Holly’s mother June (Lindsay Duncan) arrives to offer advice and guidance, while Izzy is mostly left to her own devices as all attention is paid to mom’s “special” daughter. The interaction between these four female characters crossing three generations is quite intriguing for us to watch unfold.

How do you fix something (or someone) when you don’t know what the problem is? It’s a frightening premise, and when it involves a teenager, it can glide into the horror realm. However, the film is overloaded with elements and possibilities: eating disorders, possession, exorcism, teenage body image, spiritual awakening, and even supernatural or alien presence. The film is so ambitious and always seems on the brink of entering the realm of excellence, yet it seems to fizzle at each crucial moment. When there is a break in the parent/child bond, the love and support of the parent is crucial, even if the ailment is a mystery.

This entry was posted on Thursday, February 17th, 2022 at 10:57 pm and is filed under Horror, Thriller. You can follow any responses to this entry through the RSS 2.0 feed. You can leave a response, or trackback from your own site.