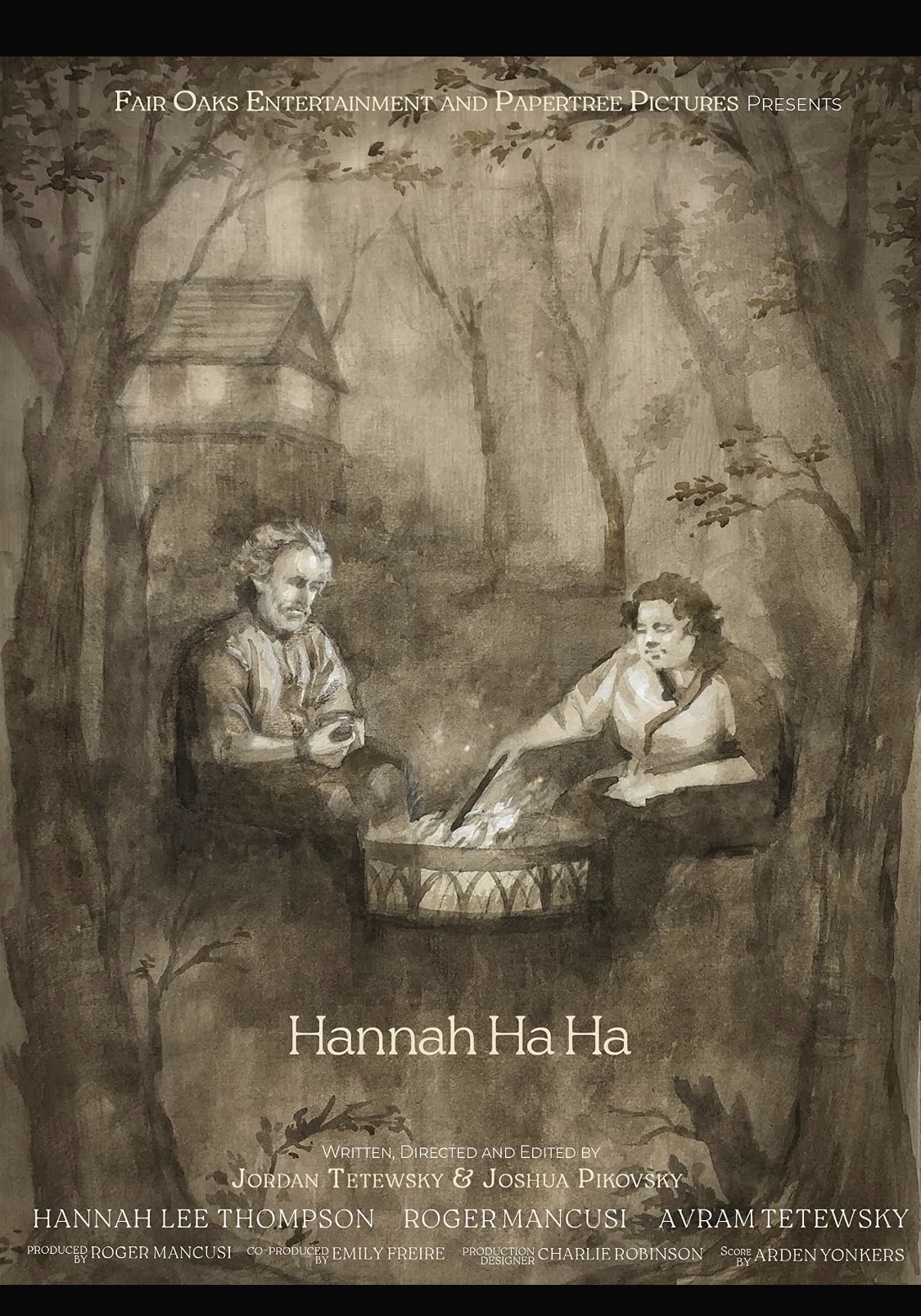 Greetings again from the darkness. We open on Hannah and her dad relaxing by the fire pit one evening. It’s their happy place … or is it contentment? Is there a difference? This first feature film from co-writers and co-directors Joshua Pikovsky and Jordan Tetewsky, is also the first film for most of the cast, including Hannah Lee Thompson in the titular role. Ms. Thompson is a musician by profession, and she proves to be a natural in front of the camera.

Hannah is nearing her 26th birthday and still lives with her dad (Avram Tetewsky, the co-director’s real father) in a small town outside of Boston. She spends her days working the family farm, walking the neighbor’s dog, giving guitar lessons to kids, and any other odd job that might pop up or be beneficial to the community. Hannah is overweight and gay, but seems fine with her life until her corporate-type older brother Paul (Roger Mancusi) begins urging her to get a “real job” with a career path and health benefits. This leads to an awkward job interview in the city and a further blow to Hannah’s self-esteem.

Paul means well with his counseling, but is overbearing and condescending in his approach, leading Hannah to a mostly silent response. This is a textbook case of one person encouraging another to be what you think they should be, rather than what they want to be. Hannah settles on a kitchen job at a local “gourmet” fast food establishment. She’s a very hard worker and takes in the often harsh life lessons that most of us learn along the way. There is a particularly poignant scene where Hannah, while on a smoke break, quietly observes others living their life. It’s a prime example of how turning points need not be accompanied by fireworks and booming music.

The interesting contrast here is between Hannah’s relationship with brother Paul, and her relationship with her aging father, who offers his insight: “it’s good to be thinking about the future”. His statement can be interpreted multiple ways, and it’s quite likely Paul and Hannah view it differently. Hannah and her dad live a life which they are comfortable with. Is it mundane? Yes. Is it boring? Not to them. “Twilight Zone” marathons, ice cream cones, fresh tomatoes, and beer around the fire … that’s enough for them. Ms. Thompson’s restrained performance draws us in, and allows us to contemplate the importance of contentment. Worthy of its Slamdance Grand Jury Award, it’s a nice film festival entry and a debut of note from the filmmakers and Ms. Thompson.

**Slamdance Film Festival embodies its mantra: By Filmmakers, For Filmmakers. Though Slamdance has greatly evolved since the early years, its mission and organization remain the same. Slamdance serves new and emerging artists, filmmakers, and storytellers from around the world. Slamdance programmers gravitate towards films that embody the true spirit of DIY guerilla filmmaking.

This entry was posted on Sunday, February 6th, 2022 at 4:40 pm and is filed under Drama. You can follow any responses to this entry through the RSS 2.0 feed. You can leave a response, or trackback from your own site.