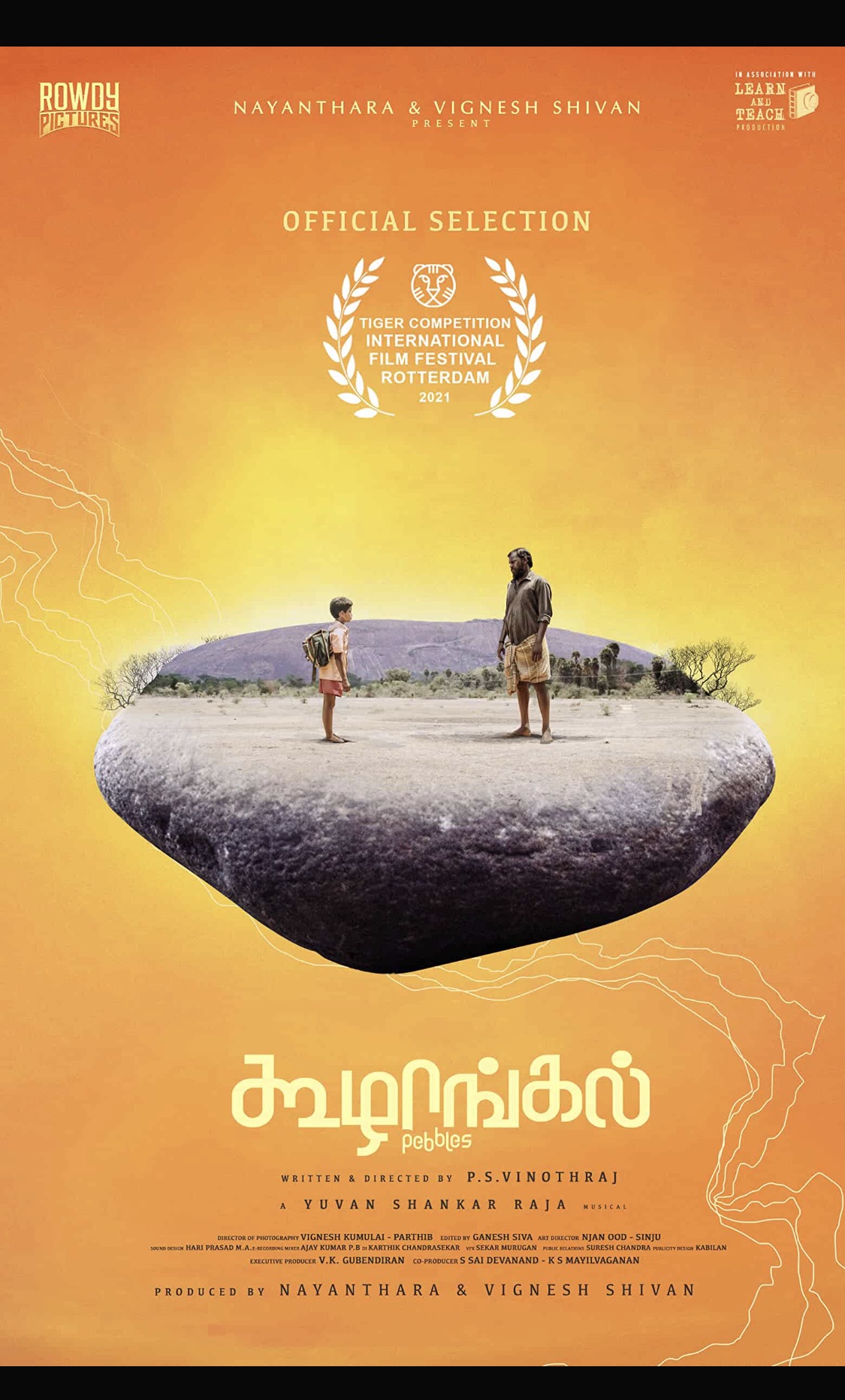 Greetings again from the darkness. Movies don’t get the credit they deserve for opening our eyes to other cultures and providing a snapshot into the lives of others … lives often unimaginable to us. Another aspect of World Cinema is that it serves as a reminder that people are people all over the globe. Dreams and disappointments are simply a part of the human existence. Often we recognize more similarities than we previously thought. Such is the case with the debut feature film from writer-director P.S. Vinothraj. This is India’s official submission for the Foreign Language Academy Award.

Ganapathy (played by Karuththadaiyann) marches purposefully through the village until he finds his son, Velu (Chellapandi), in the school room. The abrasive father brazenly inquires if the boy prefers him or his mother. It’s not a question the young boy dares answer. As the two begin their journey, it’s clear the man is angry, annoyed, abusive, and we soon learn, alcoholic. He seems ready to burst with pent-up energy and emotion. His goal is to travel to another village and bring back his wife, who returned to her family … and his demeanor leaves little doubt as to why.

The trip involves a bus ride and long walk on the sunbaked dirt trail through the rocky and mountainous desert. The father doesn’t so much walk as stomp, while the small boy follows behind in hopes of minimizing the abuse. Of course, as kids often do, Velu finds his ways to rebel, despite the risk of another slap upside the head.

With only minimal dialogue, director Vinothraj serves up visual storytelling at its finest. The filmmaker is obsessed with details … right down to minutiae. The camera sometimes lingers as if to force us to go deeper than merely noticing something – a woman loading water jugs on a bus, a family catching-prepping-cooking rats for consumption, or a young boy’s collection of the smooth rocks (pebbles) he tucks into his cheek to generate saliva. The remarkable, extended closing shot of women painstakingly filling bottles with precious water is culmination of what we’ve just watched – a slice of life demonstrating how life is complex even in the most remote areas of India, and yet no dissimilar to what we experience.

This entry was posted on Tuesday, December 21st, 2021 at 8:40 pm and is filed under Drama, World Cinema/Foreign. You can follow any responses to this entry through the RSS 2.0 feed. You can leave a response, or trackback from your own site.