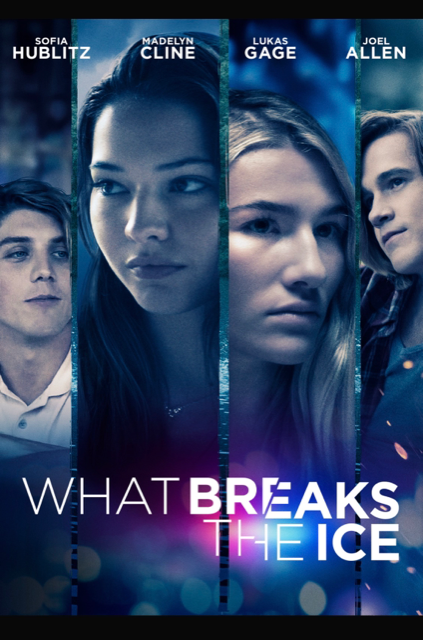 Greetings again from the darkness. We’ve seen movies where the seasonal residents interact with the locals, and often the class differences come into play. The term for northerners who head south for the winter is ‘snowbirds’. In the Hudson Valley, we learn the ‘townies’ have a nickname for the rich folks who come for the summer … ‘Joy Riders’. This is the first feature film from writer-director Rebecca Eskreis, and she displays a real feel for the contrast that exists between these two groups.

Madelyn Cline (BOY ERASED, 2018) stars as Emily, one of the wealthy ‘joy riders’ who befriends local townie Sammy (Sofia Hublitz, who is so good as the daughter in “Ozark”). For no good reason, other than Madelyn’s boredom, the two girls become friends. They hang out, play tennis, and have lunch together. One night they are at a party and things go bad with Sammy’s creepy stepbrother Travis (Joel Allen, THE PURGE, 2019). The event not only tests the friendship of Sammy and Emily, but also reveals character and secrets from the past.

The film opens with a cool shot of Hudson Valley, and in fact, cinematographer Greta Zozula does a nice job through the entire film. As you would expect with teenagers, things get complicated, and the class difference is only part of what makes the story and characters interesting. Supporting roles are filled by Lukas Gage (“The White Lotus”), Aimee Mullins (“Stranger Things”), and Shakira Barrera (“GLOW”), but most of the heavy lifting here comes courtesy of Ms. Cline and Ms. Hublitz, despite both being a bit too old to play teenagers.

Not quite at the level of THOROUGHBREDS, a similar movie from 2018, the film certainly proves Rebecca Eskreis is a filmmaker to follow. She understands small town dynamics, class disparities, and female friendships … and does so in a way that’s grounded and realistic. There is no staginess to this production, and we have a real feel for the characters almost immediately – a tribute to the actors and the script.

In theaters and on Digital beginning October 1, 2021

This entry was posted on Thursday, September 30th, 2021 at 8:51 pm and is filed under Drama. You can follow any responses to this entry through the RSS 2.0 feed. You can leave a response, or trackback from your own site.