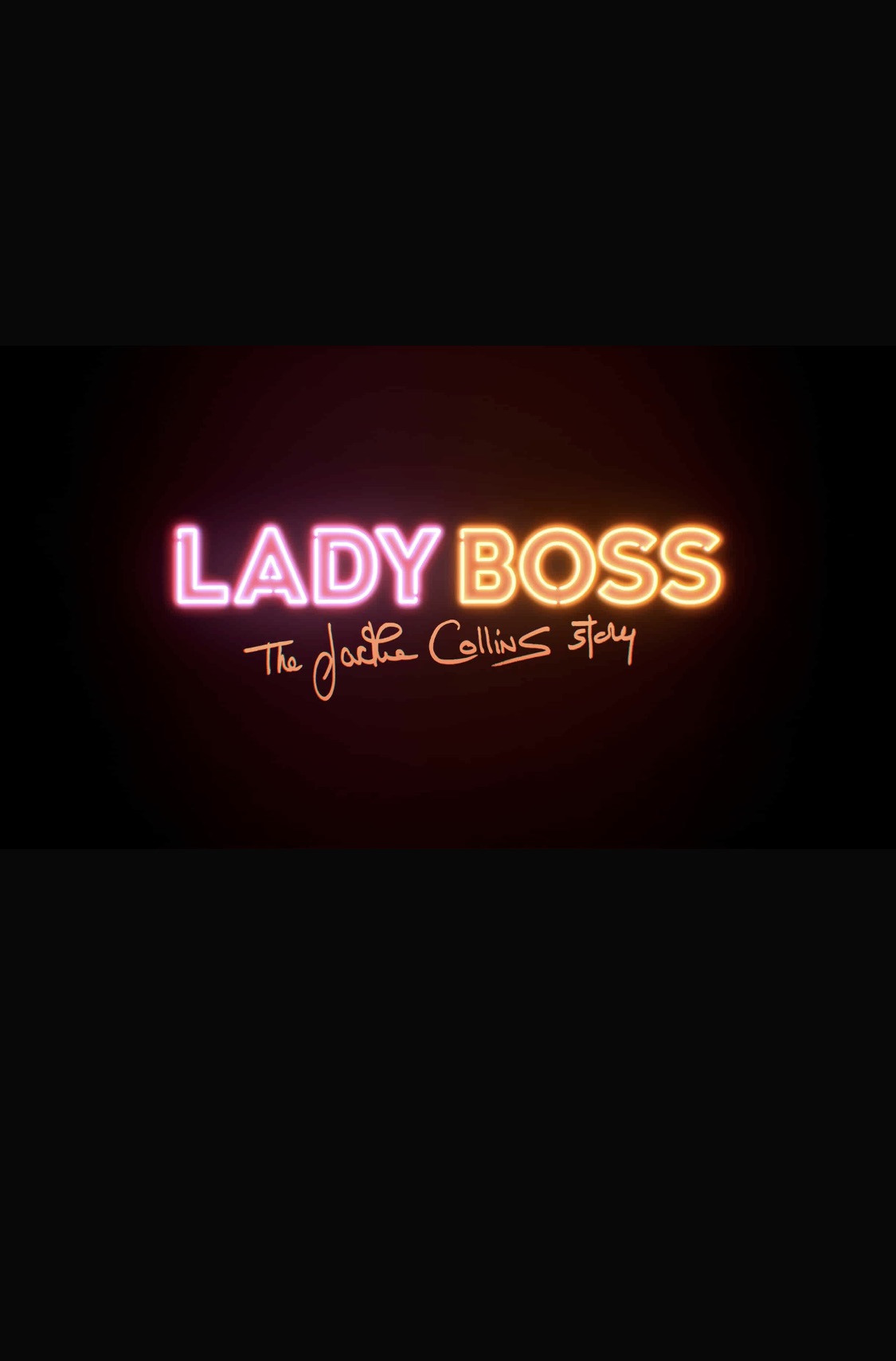 Greetings again from the darkness. What’s it like to grow up in the shadow of a successful older sibling? What if that sibling is the famous actress Joan Collins? Documentarian Laura Fairrie profiles Joan’s younger sister, Jackie, who overcame challenges to become one of the few novelists to sell more than 500 million books, with 32 New York Times best-sellers. But Jackie’s impact isn’t limited to book sales, as her work empowered women in society and in the bedroom.

Jackie wasn’t always known for her big hair and leopard prints and risqué writing. In fact, she wasn’t known at all before she visited Los Angeles for the first time in 1956, during which she was referred to as Joan’s little sister. Ms. Fairrie spends some time with Jackie’s childhood and family life, and then takes us through both of her marriages, the career, and her illness. Much of the source work is provided from Jackie’s lifelong habit of writing in her diaries, and although much of what is read doesn’t dig too deeply into Jackie’s psyche, we do get the gist of her focus on observing people and turning those observations into stories that millions loved to read.

In addition to the diaries, there are interviews with Jackie’s daughters, her brother, her long time literary agent, her business manager, her personal assistant, and her sister Joan. Some of her (“best”) friends also offer insight, including Barbara Davis, widow of oil man and former owner of 20th Century Fox, Marvin Davis. Some segments feature these folks reading passages directly from Jackie’s books, but it’s their personal recollections that come closest to adding substance.

Therein lies the biggest hurdle with the film. It succeeds in tracking Jackie’s rise to the top as an author, but it doesn’t go deep enough into her books’ influence on society, and we get even less about Jackie’s personal makeup. She was a woman succeeding in a man’s world, and she carefully crafted and cultivated a public image that included plastic surgery, so that what they read is what they see. One of her daughters states there were “two sides to this mom”, but even that doesn’t result in the breakthrough we hope for.

Husband number 2, Oscar Lerman, encouraged Jackie to write her first book, “The World is Full of Married Men”, and that was the start of an incredible writing career. Sister Joan’s interviews are in line with the rest of the film in never going too deep, but she does make the comparison of “a marriage” to her relationship with Jackie, and maybe the best insight is the difference in how Joan describes their father to how Jackie’s diary entries do. By assembling the bits and pieces we do understand Jackie had significant insecurities behind her public façade.

Clearly there were times a sisterly rivalry was in play, and that’s somewhat offset by the fact that Joan starred in two movies based on books written by sister Jackie (“The Stud” and “The Bitch”). In the 1980’s Joan’s career got a huge boost playing Alexis in “Dynasty”, while at the same time, Jackie was enjoying the success of one of her biggest sellers, “Hollywood Wives”. As a ground-breaking author, Jackie Collins deserves this documentary profile, and towards the conclusion, there is a segment where she faces a live audience in a televised talk show sometime in the 1990’s. The audience is vicious in their attacks on Jackie’s writing, but she remains strong in the face of adversity … a trait that was every bit as important as her book sales.

The film had its World Premiere at Tribeca Film Festival and will air on CNN Films in late June and on BBC Two and BBC iPlayer later this year.

This entry was posted on Friday, June 11th, 2021 at 7:58 pm and is filed under Documentary. You can follow any responses to this entry through the RSS 2.0 feed. You can leave a response, or trackback from your own site.