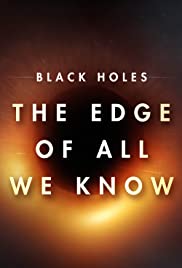 Greetings again from the darkness. When most of us need an item, we first check the Amazon website for price and availability. For Physicists and Astronomers, it’s not always so easy. We are informed that photographing a Black Hole would require a telescope the size of planet Earth. Even with my limited science knowledge, I was able to understand the impossibility of fulfilling such a request. Of course, there is a reason they are Physicists and yours truly reviews movies. These folks are pretty darn smart and they find a way to solve problems. Harvard University Physics Professor and documentarian Peter Galison manages to make accessible the work of some of the world’s brightest minds.

Thinking back to 2019, you likely recall seeing the Black Hole photograph. It was everywhere … online sites, social media, TV newscasts, and magazine covers. We knew it was a breakthrough, but most of us had no idea what went on behind the scenes to capture that image. Galison’s documentary fills us in. Going back to 2017, and starting in Mexico, the film explains the Event Horizon Telescope (EHT). With the goal of photographing a Black Hole, a network of observatories from around the globe will be coordinated to simultaneously capture data, and then that data will be compiled to determine if the image(s) is an accurate representation.

There are a couple of things we follow … related by topic but differing in objectives. A group including Stephen Hawking, Harvard Theoretical Physicist Andrew Strominger, British scientist Malcolm Perry, and Cambridge scholar Sasha Haco are observed hard at work on solving the mysteries of Black Holes. Specifically what they are pursuing is the Information Paradox, which states the universe cannot be defined by physical laws. This pursuit of this group of geniuses is shown in symmetry with the work of the EHT teams, where mostly we follow Shep Doeleman and the challenges his team faces in holding up their end of photographing Messier 87, a supergiant elliptical galaxy.

The EHT teams are located around the globe, including Chile, Spain, the South Pole, Hawaii, and Arizona. Obviously the technical aspects of these projects are beyond my capacity, however, it should be noted that the film is easy enough to follow for us non-geniuses while also including some geeky detail for the advanced among us. What really stands out and makes the film fun to watch is the passion shown by these scientists. At the conference where the teams are gathered, these folks are giddy as they anticipate the results of their work and the compilation of data. Their excitement makes it clear what an enormous accomplishment the image is for all involved.

Sadly, Stephen Hawking passed away in 2018, so the clips we see are some of the last images of his final work. If you are curious as to how his work with Strominger, Perry, and Haco ended up, you may track down their final paper, “Black Hole Entropy and Soft Hair” … but I’m sure most of you have already read it. To add a touch of entertainment value, director Galison includes beautiful music from YoYo Ma as well as “Over the Rainbow” by Israel Kamakawiwo’ole. Overall, this is the perfect blend for novices and scientists who are interested in the fascinating topic of Black Holes and how the experts go about chipping away at the mystique and limits of knowledge.

This entry was posted on Tuesday, March 2nd, 2021 at 6:46 pm and is filed under Documentary. You can follow any responses to this entry through the RSS 2.0 feed. You can leave a response, or trackback from your own site.