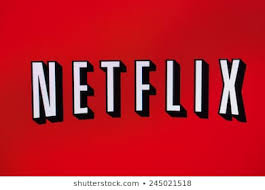 Greetings again from the darkness. We expect the chef to taste the special of the day. We don’t expect the bench chemist to personally try out the drugs being tested for a criminal case. This 4-part DocuSeries from Netflix explores not one, but two of the most explosive cases in Massachusetts history. Were these Law Enforcement scandals? Were these workplace scandals? Were there miscarriages of justice? The simple answer to all three questions is yes, and the series breaks down the stunning details as well as the aftermath.

Most DocuSeries focus on one crime or one criminal. Here, documentarian Erin Lee Carr delivers two stories connected by job description, consequences and geography. In the state of Massachusetts, two drug testing laboratories are used for the majority of drug cases. The Hinton lab covers Boston and the eastern part of the state, while the Amherst lab covers the west, including Springfield, the capital for illegal drugs. In the Hinton lab, it was discovered that “star” chemist Annie Dookhan had illegally falsified thousands of drug tests. In the Amherst lab, chemist Sonja Farak admitted not just to using the drugs she was testing, but using those drugs while on the job.

Either of these stories are worthy of documentary treatment, and yet combining them generates even more impact, both from a viewing standpoint and for the legal fallout. Ms. Farak’s story is easily the most fascinating. There is a reason that many bakers carry a few extra pounds … they sample the goods. So why shouldn’t we be extra cautious with those who test illicit drugs all day, every day? Evidently no one in Massachusetts ever thought to ask the question, as Ms. Farak worked in the Amherst office for nearly 10 years with minimal oversight. She literally walked across the hall from the lab to smoke crack cocaine, and even cooked the drug at her desk!

If not for the Farak story, we would likely find Annie Dookhan’s case to be one of the most outrageous we’ve heard. Lauded as the highest producing chemist in the busy Hinton lab where she worked for 9 years, it turns out Ms. Dookhan used “dry labbing” to sustain her numbers. Dry labbing is basically eye-balling substances to determine if they are likely illegal drugs. These two women were involved in over 50,000 cases, including those for which they testified in court. They are accused of “fraud on the court.”

As you might imagine, defense attorneys were in an uproar as the details in these cases emerged. Ms. Carr focuses her attention on defense attorney Luke Ryan, and one of his collaborating trial attorneys, Jared Olanoff. While law enforcement and prosecutors fought to maintain the convictions, Mr. Ryan spent a significant portion of his time researching, tracking down evidence, and making the case that thousands of convictions should be overturned, with prisoners released and criminal records cleared. It’s particular disheartening to see Massachusetts Attorney General Martha Coakley take the stance that Ms. Farak’s inappropriate actions were limited in scope to just a few cases. Ms. Coakley’s statements were made before any type of investigation had been done, so it was clearly an attempt to minimize attention from the media, public and other attorneys.

Interviews with Ms. Farak’s mother and younger sister Amy are included. Their words help personalize the film, since dramatizations and archival clips are used for Farak’s stunning testimony. The actions of so many are questioned throughout. Even with limited budgets, how are these chemists not subjected to some basic oversight? How does Judge Kindred make the ruling he does? Why did the ACLU need to get involved in what seems like a pretty straightforward situation? What happens if Luke Ryan doesn’t remain diligent in his pursuit of justice? What if the State Supreme Court had refused to hear the cases?

Some background information is provided for both women, including the fact that Sonja Farak was the first girl to play high school football in Rhode Island. Both women had strong academic backgrounds, but education doesn’t always make for good judgment. This DocuSeries from Ms. Carr is exceptionally well crafted and the stories move fast and keep us spellbound. More than 50,000 cases were impacted by the inappropriate and illegal actions of these two trusted chemists, and their actions cast doubt on the entire judicial system. Let’s just hope that the next time one of your co-workers is sneaking off 10 times a day to smoke crack, that someone will say something to somebody!

This entry was posted on Wednesday, April 1st, 2020 at 8:10 am and is filed under Documentary. You can follow any responses to this entry through the RSS 2.0 feed. You can leave a response, or trackback from your own site.