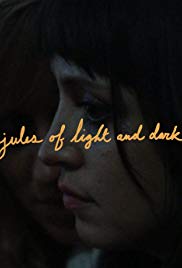 Greetings again from the darkness. One of the benefits of attending a close-to-home film festival is getting the opportunity to see the work of local people that we are familiar with. Writer-Director Daniel Laabs has been active in the Dallas film scene for years, and although he has produced short films, it’s his feature film debut that nabbed a prime spot at this year’s Oak Cliff Film Festival.

Tallie Medel stars as Maya, and she’s in an on-again-off-again relationship with Jules, played by Betsy Holt. Things never seem quite right with the couple, especially in a dance club scene where David (Johnathan Miles Howard) gets involved. Awkwardness, insecurity, and uncertainty follows. Not long after, oil field worker Freddy (Robert Longstreet) happens upon a car accident. Both Maya and Jules are injured, though Jules’ injuries are more severe. The David situation takes an odd turn, and so does the Maya – Jules dynamic … but it’s Freddy’s story that really connects or disconnects all of the personal story lines, depending how one views it.

Mr. Longstreet is a terrific character actor and it’s nice to see him with a more substantial role here. He seems to thrive on the complexity of, what on the surface, seems like a simple man … but wow, does this guy have issues and challenges (dogs, daughters, identity, regrets). In a way that’s difficult to explain, Freddy and Maya bond and seem to really help each other sort out some things. This happens even though we don’t see a good amount of discussion between them – it really goes to the point, that we all need someone we can depend on.

The film is very well acted, including supporting work from Liz Cardenas and Rafael Villegas. The score from Brent Sluder is spot on, and the film has a very grounded feel and look to it. The story may be secondary to the characters, but we find ourselves wanting each of them to find a glimmer of happiness.

(I couldn’t find an online trailer)

This entry was posted on Wednesday, June 12th, 2019 at 7:40 pm and is filed under Drama. You can follow any responses to this entry through the RSS 2.0 feed. You can leave a response, or trackback from your own site.