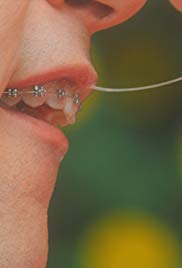 Greetings again from the darkness. Opening Night at the Oak Cliff Film Festival … a time to hold your breath while preparing for a unique movie experience. Yep, it happens every year – and this year, the festival’s 8th, may be the most fun yet. Our Thursday night offbeat treat for 2019 comes courtesy of co-writers, co-directors, co-producers, and co-stars Jocelyn DeBoer and Dawn Luebbe. These two highly creative filmmakers have expanded their award-winning 2015 short film (same title) to feature length instant indie comedic classic … and one surely to garner a cult following (just follow the laughter).

Ms. DeBoer stars as Jill and Ms. Luebbe is Lisa. They are best friends, neighbors, and passive-aggressive competitors in a manner only seen in today’s suburban settings. Think of THE STEPFORD WIVES or Seaside in THE TRUMAN SHOW, and then toss in color-coordinated family attire, golf carts for transportation, and braces on the teeth of every adult. More warped than idyllic, the wacky level of politeness is a source of comedy, and there are some gems during many of the segments. Consistent laughter in the nearly full Texas Theatre meant concentration was required to avoid missing the next killer line.

Oh yes … the killer. A stalker/possible serial killer is a menace that hovers in the background through most of the film. The threat is mostly teased as our locals go about unwittingly poking fun at soccer, baseball, yoga, accelerated classes, layered dips and music lessons. The self-imposed pressures of this existence are evident in both parents and kids – especially kids who watch unapproved TV shows like “Kids with Knives”.

Lest you think all of the comedy is derived from the two leads, know that Beck Bennett (“Saturday Night Live”) plays Jill’s husband, and Neil Casey plays Lisa’s significant other. Both are hilarious in contrasting styles, and Mary Holland is a hoot as the recent red-haired divorcee Kim Ann, and it’s D’Arcy Carden (“The Good Place”) who is the real scene stealer as Miss Human, the slightly-off second grade teacher. Julian Hilliard is immediately recognizable as young Luke from “The Haunting of Hill House”, and here he plays Julian, who is likely to make your own adolescent child’s transformation pale in comparison.

Is there an easier target for satire than suburbia … other than the current political climate, of course? Where do we look for happiness?  A friend’s husband? The neighbor’s house? Someone else’s baby? While fake flowers abound and represent the dream of exterior perfection, it should be noted that I only counted 2 f-bombs in the whole movie. The humor, though quite absurd and sometimes teasing the line with horror, is basically squeaky clean – an approach that helps it stand out in an era of today’s raunchy comedies trying to out-raunch each other. After playing Sundance, it’s likely to join the best comedies in the love-hate category. If you enjoy slightly demented social commentary, there is a good chance you’ll find humor here … though I keep drawing a blank trying to come up with a movie comparison. Perhaps that’s the best compliment that can be offered.

This entry was posted on Wednesday, June 12th, 2019 at 7:09 pm and is filed under Comedy. You can follow any responses to this entry through the RSS 2.0 feed. You can leave a response, or trackback from your own site.