Greetings again from the darkness. Day 5 means we are now past the halfway mark for this year’s festival. Originally I had 4 films scheduled for today, but I opted out of the late movie since it would have required more than a 90 minute wait after the end of the third movie. It’s that kind of situation that makes festival scheduling a bit frustrating. Despite that, all 3 movies were worth the time: a documentary profile of an Italian model, a low budget quirky comedy, and a masterclass from two veteran screen actors.

Here is my recap of Day 5 films:

THE DISAPPEARANCE OF MY MOTHER (doc)

Caution is usually the best policy when choosing a biographical documentary shot by the subject’s family member. Often objectivity is sacrificed in the pursuit of a worthy tribute film. Oddly enough, it’s the mother-son relationship that provides the necessary spark as cinematographer Beniamino Barrese turns the lense on his mother Benedetta Barzini, a fashion model icon in the 1960’s and feminist spokesperson in the 1970’s.

We see photographs and flashbacks that prove what a stunning beauty Benedetta Barzini was at the peak of her modeling days. We also see clips of her appearances as a feminist spokesperson, and it’s in these that we see the fiery personality that is so prevalent in the current day exchanges with her director-son as he coaxes her through the process. There are also segments where she is mentoring younger girls and a return to the catwalk during Fashion Week.

She’s now in her 70’s, and remains physically striking with a lithe body that defies her age. But it’s the words coming out of her mouth – many pushing this to an “R” rating – that define the woman of today. The title of the movie refers to her preference to ‘disappear’ rather than ‘appear’ in the images of photos, film or social media.  When discussing the obsession society has with youth, she explains that Youth equates to Life, while Old age is associated with Death. That philosophy is a bit of a downer, but is an example of the insight she brings. In describing today’s marketing, she says women are usually associated with nature, while men represent thought and reason. The outspoken and wise feminist lives on.

Home clips from 1999 and a visit with long-time friend Lauren Hutton offer up more bits of what makes the woman tick, as does her listening to Leonard Cohen and smoking cigs and vaping at an alarming rate. In her mid-70’s, whether she likes it or not, her smile still lights up the screen and any room she is in. Still, we understand she has earned her own liberation from the camera, even as she puts a cap on it. Fin. 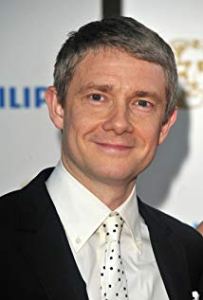 You might be familiar with the disease narcolepsy, but unless you or someone close to you suffers from it, you’re likely unfamiliar with cataplexy – a symptom of narcolepsy that causes sudden and extreme muscle weakness typically brought on by severe emotions such as sadness, anger or excitement. For Charlie, the trigger is happiness, so he has learned to (mostly) cope by avoiding his triggers: puppies, weddings, random acts of kindness, kids playing, and relationships. What he couldn’t avoid was being a groomsman in his sister’s wedding, which is how director Jason Winer and co-writers Max Werner and Chris Higgins choose to begin the film. We see the full effects and fallout (no pun intended) of Charlie’s disease.

Charlie works a calm job (out of necessity) at the public library, and his co-workers have mastered the art of assisting in keeping Charlie thinking non-happy thoughts. As tends to happen, love finds a way. Charlie crosses paths with Francesca (Morena Baccarin), a lively woman who appears to be Charlie’s opposite in most ways … making the attraction even stronger. A first date to a community theatre where a one-man show titled “Great Depression” is playing, we get the full effect of the challenges Charlie faces.

Cooper (Jake Lacy), Charlie’s younger brother, has been his main support system for most of his life – which is even more remarkable when we get the story of how Cooper got his name. When things fizzle between Francesca and Charlie, Cooper swoops in to date her and they set up Charlie with Bethany (a wonderful Melissa Rauch). Bethany’s own quirks seem to be a good fit, even if Charlie’s torch for Francesca still flickers. Surely you’ve never seen an oboe sing-a-long to the Cranberries “Zombie”, and if somehow you have, it likely pales in comparison to the one Ms. Rauch performs.

The laughs are many, yet the script and Freeman’s performance remain respectful to the disease and those who suffer from it. Jane Curtin appears as Francesca’s Aunt who is cancer-stricken, and no, the purpose wasn’t to show a disease worse than cataplexy, but rather to show we all have challenges in life – and how we deal determines the type of person we are. The story was inspired by a story on Chicago TV’s “This American Life”, and it’s a nice little gem that hopefully will find distribution. 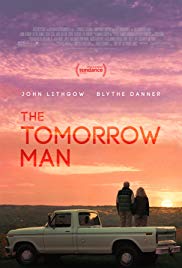 Noble Jones worked as the second unit director on David Fincher’s award-winning film THE SOCIAL NETWORK (2010), and he has made quite a name for himself in music videos and commercials. This is his first feature film as director and he also wrote this interesting script. On top of that, he cast two top-notch veteran actors to bring the story to life: John Lithgow and Blythe Danner. At times it feels like we are watching a masterclass in acting and many of their scenes together have a live theatre feel.

Ed (Lithgow) and Ronnie (Danner) cross paths at the local grocery store where they each shop at an alarmingly frequent rate. It turns out Ed is preparing for doomsday and Ronnie is hoarder. As they spend time together, their fondness for each other grows, but we are never really sure if it’s loneliness or connection that inspires the relationship.

Despite both having a very serious approach to life, there are many moments of levity and sweetness, but also doses of reality that keep us off-balanced – just as life does. Ed proclaims the world would be such a disaster with ball bearings … of course his view is a bit skewed since he spent 17 years on the business. Ronnie is brave enough to attend Thanksgiving dinner with Ed at his son’s house, and the explosive family dynamics drive home the challenges of co-existing with others at any age.

Ed tells the new checkout clerk that it’s “good to know your neighbor. You never know when you’ll need them.” His preparations for doom and gloom … or as he calls it, SHTF … are offset by Ronnie’s sweetness, and a yard sale leads to the surprise ending. As a bonus, filmmaker Noble has finally found a good use for the song “Muskrat Love”.

This entry was posted on Wednesday, April 17th, 2019 at 10:46 am and is filed under Articles, Comedy, Documentary, Drama. You can follow any responses to this entry through the RSS 2.0 feed. You can leave a response, or trackback from your own site.