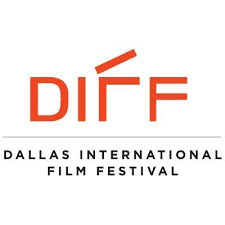 Greetings again from the darkness. I missed yesterday’s Opening Night Gala and feature film, but paid my penance today by taking in 5 films on Day 2 of this year’s Dallas International Film Festival. Changes have come to the festival this year, including reserved seats, and a shorter run that omits the encore screenings of award winners on the final weekend (there is no final weekend). The reserved seats policy is especially challenging for those of us who try to catch a couple of dozen films during the festival, but if it helps things run a bit smoother, then it’s something we will work around.

As with other years covering the festival, I will recap the films I see each day. Due to the time involved and the quick turnaround required, these will not be the usual full reviews, but rather an overview of the films and my initial reactions. If you are in the Dallas area, the festival runs through Thursday April 18, and more info can be found at http://www.DallasFilm.org

Kasie (an excellent Tiffany Chu) lives with her father, who has an unidentified terminal illness and is in an extended coma with no real chance for recovery. Kasie is the primary caregiver, and out of duty, refuses to put him in hospice for professional care. She also works as a Hostess/Escort at a popular Karaoke bar and has a rich boyfriend, although there seems to be no love between the two – it’s more of a business relationship.

Out of necessity, Kasie re-connects with her older brother Carey (Teddy Lee) who bolted from home many years ago after disputes with the father. He seems to have done little with his life, and frequently gets booted from an internet café for lack of cash. Carrying guilt for deserting his sister and father years ago, especially since the mother/wife left home when the kids were very young, he agrees to help Kasie with caregiving, and even takes dad for “road trips” in the neighborhood by pushing the bed through town (a comical sight).

Director and writer Justin Chon (co-written with Chris Dinh) was behind the critically acclaimed GOOK in 2017 (a Korean DO THE RIGHT THING). Here he uses Kasie’s flashbacks to childhood with her dad and brother as a framing device, demonstrating how the father dealt with his wife leaving, and laying out the responsibilities and burdens that family can bring. There are recurring shots of lone palm trees whose significance to Kasie is only explained late in the film … but does provide more insight into the bond with her father. A nice young valet (the car parking type) offers Kasie a taste of normalcy and it slowly brings her back towards center. The film has a terrific score of violin music from Roger Suen, and lets us know that finding one’s self while caring for another can be a breakthrough that may sometimes be loud, and may sometimes be quiet.

LEAVE THE BUS THROUGH THE BROKEN WINDOW (doc)

Most documentaries explore a topic or an event, or provide a profile of a person or organization. Not this one. It’s an unusual … OK, very odd … documentary that follows Andrew Hevia, a Cuban-American photographer/filmmaker on his trip to Hong Kong to cover the Art Basel fair. His motivation in heading to Hong Kong from the United States is a nasty break-up in a long-term relationship with his girlfriend. It seems more likely that he’s running from rather than towards, and he is described as having a camera and little else.

Mr. Hevia admits to having no real knowledge of Hong Kong art and the initial culture shock he experiences includes securing lodging that can best be describes as “cozy” – a 40 square foot “apartment” that would be a tight closet and inhumane prison cell. Once he has a roof over his head, he hits the street with his camera. It’s at this point where we realize he has no real plan.

On his trek through the city, he crosses paths with fish balls, art galleries, jumpers, a street riot, artists, art collectors, expats, tourists, students, and a ferry ride. People come and go during his days and nights as he interacts with all sorts … often showing us a part of the city we wouldn’t likely see. He searches out different artistic outlets, attractive girls, and just about any party he can crash. The film plays like a travel video-diary narrated by electronic voice that’s a blend of Alexa and the computer voice from WAR GAMES. It’s an unusual viewing experience and one that leaves us feeling a bit empty. Fortunately, its run time is a brisk 68 minutes.

Yet another atypical documentary, this one from French director Guillaume Brac, who turns his lens on a water park in suburban Paris. The park is beautiful and wrapped in nature, as the lake offers many differing areas of attraction depending on one’s interests.

Brac presents various segments, some quite short, based on various groups visiting the park. We might be watching a group of underage adolescent boys trying to sneak in, and once caught, try to talk their way out of trouble. In a few segments we see the challenges facing the security guards who have to balance the park’s goal of fun with the need for safety. Of course this is France, so we also get the teenagers flirting and trying to impress each other (“Life is great”). There are families – large and small – enjoying a picnic in the bucolic setting, while young kids splash and frolic during their carefree days. Brac even takes us behind the scenes where park managers work on logistics based on weather, staff, and resources.

This is really more of a social project than a cinematic one, and we sometimes feel like we are snooping on people just having fun or doing their job. One segment with a 10 year old boy and his 3 year old brother is particularly sweet. The beauty of the park setting is contrasted with the pylon jumpers and the after-hours staff partying, but mostly it shows that people are pretty similar no matter the location. 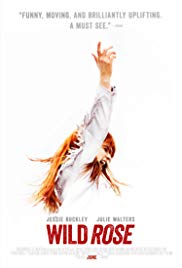 Quick … name all of the female Country music singers from Glasgow, Scotland! That’s the premise for this film from director Tom Harper and writer Nicole Taylor, both best known for their British TV work. Rose-Lynn Harlan is being released after a year in jail on drug charges. She uncomfortably adjusts her white boots over the ankle monitor and sets off to conquer Nashville with her singing.

Of course there are a few problems with her Music City dream. See, she’s a single mother with two kids, and she’s from a working class area where putting food on the table and paying the bills is a significant achievement. Jessie Buckley stars as Rose-Lynn, and by stars I mean she carries the film and flashes great promise as an actress. Her no-nonsense mother Marion is played by 2-time Oscar nominee Julie Walters, and while Rose-Lynn has stars in her eyes, mother Marion pushes her to take a housekeeping job and focus on her kids.

We know where all of this is headed, and it’s a credit to Ms. Buckley and Ms. Taylor’s script that we care enough to follow along. Rose-Lynn is employed by the wealthy Susannah (Sophie Okonedo), and we get one of the funniest vacuum cleaner scenes ever. Susannah soon takes on Rose-Lynn as a pet project with the goal of helping her get to Nashville for her shot.

Some rough language is peppered throughout and it’s spouted with the heaviest of Scottish accents, so much of it sounds a bit comical rather than threatening. The film is a bit uneven, but the mainstream approach keeps it from going too far off track. “Three chords and the truth” is used to describe country music, and if that’s your musical taste, you’ll likely enjoy the songs. However, if you prefer ‘Country and Western’, you’re flat out of luck.

THE DEATH OF DICK LONG

“It’s been awhile” by Staind is the song we first hear from Pink Freud, a garage band formed by buddies Zeke, Earl and Dick. The music is awful, but “band practice” seems to exist solely for the purpose of getting these slackers together, hanging out, and drinking beer. Daniel Scheinert also directed SWISS ARMY MAN (2016) and this is the first screenplay from Billy Chew. Mr. Scheinert also plays the titular Mr. Long.

One evening, band practice takes a wrong turn, and Dick ends up dead … dumped in a hospital parking lot by his bandmates. If we previously had any doubts as to the intelligence of Zeke and Earl, all of that is cleared up as these two bumbling idiots try to cover up their involvement and what actually happened that night. The cause of death is slow to unfold, but once it does, it surely is the only one of its kind. The Sheriff (Janelle Cochrane) and her deputy (Sarah Baker) prove equally clueless in their attempts to solve the crime, and much of the film’s humor revolves around folks just not asking quite the right question in any situation.

Michael Abbott Jr plays Zeke and Andre Hyland plays Earl, and there scenes together will have you laughing and questioning human existence. Virginia Newcomb plays Lydia (Zeke’s wife), Jess Weixler is the perplexed wife of Dick, and Sunita Mani is hilarious as Earl’s friend Lake Travis (a name nearly as much of a punchline as the film’s titular character).  While the film has many funny and awkward moments, it can also be taken as a statement on testosterone-driven bad decisions and actions with consequences. If nothing else, we learn how to quickly answer when someone asks, “Y’all wanna get weird?”

This entry was posted on Saturday, April 13th, 2019 at 3:38 pm and is filed under Articles, Comedy, Documentary, Drama, World Cinema/Foreign. You can follow any responses to this entry through the RSS 2.0 feed. You can leave a response, or trackback from your own site.