Given the confluence of high profile issues, expectations and predictions for this year’s Academy Awards ceremony ranged from “revolutionary” to “off the rails”. Racial and gender diversity, the history of sexual abuse, and a room that tilts heavily to the left on the political scale, had the stage set for an out-of-the-ordinary program – or at least one worthy of next day watercooler exchanges. Instead, we were treated to a mostly benign nearly four hours of celebrities on their best public behavior. While the expectations were likely responsible for the significant (19%) drop in viewership over last year, those of us who did watch were rewarded with the awkward transition that accompanies a tradition-based organization’s attempt to change with the times.

After all five Best Actress nominees skipped the Ryan Seacrest E! stop on the Red Carpet in protest of the recent allegations against him, a retro-newsreel style opening revealed host Jimmy Kimmel as the voice on the microphone behind the early jabs. In his second consecutive year as Oscar host, Mr. Kimmel then took the stage and shot through a monologue of jokes that covered: last year’s Best Picture gaffe, Fox News, Harvey Weinstein, young/old Timothy Chalamet vs. Christopher Plummer, Meryl Streep’s 21 nominations, and “a wonderful man” named Guillermo Del Toro. Kimmel kicked off the presentations by offering a brand new Jet Ski to the winner with the shortest acceptance speech, complete with Helen Mirren in the Carol Merrill role as fawning model.

There were very few (if any?) surprises among the coveted statuettes that were handed out, and maybe most noticeable was, other than host Kimmel, the only white male presenters to take the stage alone were previous Oscar winners Christopher Walken and Matthew McConaughey. The other three that I recall all co-presented: Armie Hammer with Gal Gadot, Mark Hamill with his Star Wars co-stars, and Warren Beatty in a do-over with Faye Dunaway. Instead the lineup of presenters was filled with women and people of color. The Academy always tries to honor its history, and since this year was the 90th anniversary, there were some stellar montages utilized, as well as appearances from previous Oscar winners Eva Marie Saint (who cracked “I’m older than the Academy”) and the always entertaining Rita Moreno (age 86).

Speaking of white males, two of my long-time favorite actors – Sam Rockwell (THREE BILLBOARDS OUTSIDE EBBING MISSOURI) and Gary Oldman (DARKEST HOUR) – both won their first Oscars after three decades of consistently fine work, and another hardworking screen vet, Allison Janney also won her first. In what may have been the most tightly-contested category, BLADE RUNNER 2049 bested the film I was quietly rooting for in Best Visual Effects, WAR FOR THE PLANET OF THE APES. Keala Settle owned the stage and the audience with a fantastic live performance of “This is Me” from THE GREATEST SHOWMAN, but neither her voice nor Sufjan Stevens’ choice in jacket, could overcome the catchy and melancholic “Remember Me” from COCO in the Best Song category.

History was made when Rachel Morrison (MUDBOUND) became the first female cinematographer nominated for an Oscar, but it was the great Roger Deakins who was rewarded for his excellent work on BLADE RUNNER 2049, his 14th nomination. Jordan Peele also made history as the first African-American winner for Best Original Screenplay for his influential GET OUT. Another first was Chile’s A FANTASTIC WOMAN winning for Best Foreign Language film, featuring trans actress Daniela Vega, who also introduced Sufjan Stevens’ live performance of “Mystery of Love” from CALL ME BY YOUR NAME.

A personal favorite, THE SILENT CHILD, won Best Narrative Short while Christopher Nolan’s WWII masterpiece DUNKIRK quietly won three Oscars (Sound Editing, Sound Mixing, Editing). More of the attention went to presenters like Ashley Judd, Annabella Sciorra and Salma Hayek (Weinstein victims); Chadwick Boseman (star of the box office dominant BLACK PANTHER); and the wicked comedy of Tiffany Haddish, Maya Rudolph, and Dave Chappelle. Most interesting of the bunch though was Kumail Nanjani (THE BIG SICK), who made his case as a potential replacement when Jimmy Kimmel decides to no longer host. Mr. Nanjani is funny, intelligent and engaging.

After three nominations for Best Director, 89 year old James Ivory won his first Oscar for his adapted screenplay of CALL ME BY YOUR NAME, while the very talented composer Alexandre Desplat won his second (nine nominations) for the score to THE SHAPE OF WATER. The director category was filled with auteurs of the 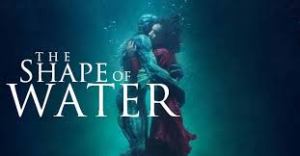 industry, and the only one over age 50, Guillermo Del Toro, emerged as the winner – a very popular choice. The insanely likeable film nerd Del Toro had a great night, as his creative amphibious tale also won Best Picture, and he even quoted screen legend James Cagney in his acceptance speech.

One of the most powerful montages was a tribute to cinematic soldiers, fighters for freedom, and war movies over the years. Presenting this segment was Vietnam veteran, and terrific and underrated actor Wes Studi, a Native American, who seemed to purposefully poke the privileged audience when he asked “who else?” served their country … a cause that often seems undervalued in that room.

The roster of other presenters included Nicole Kidman, Sandra Bullock, (Capital One spokesperson) Jennifer Garner, Margot Robbie, Emily Blunt, Jennifer Lawrence, Jodie Foster, and the duo of Jane Fonda and Helen Mirren (filling in for Casey Affleck who wisely backed out) to present the Best Actor award. Someone more cynical than I might notice some similar traits in this group of presenters, but we were told this was the year of diversity and empowerment. And on that note, it was Frances McDormand who found a way to unite a segment when she encouraged ALL nominated women to stand up and be noticed … it was a fun and well-deserved moment.

Falling in the “not fun” category was Kimmel’s road (across the street) trip to Mann’s Chinese Theatre to surprise an auditorium of movie watchers with snacks from formally dressed celebrities. Perhaps this was a memorable moment for that group of folks, but for billions of others, it simply added 15 minutes to the ceremony’s run time … and provided no laughs.

The main stage sets seemed exceedingly ornate and intricate this year, with one of the main sets being a take on BEAUTY AND THE BEAST, and another looking like an abundance of rare gems. Perhaps both, though beautiful, were a bit over-the-top given the tone of this year’s ceremony. Costume Designer Mark Bridges (PHANTOM THREAD) won the Jet Ski, and NBA legend Kobe Bryant is now an Oscar winner. It was a transition year and the ceremony showed that, though it came off with nary a glitch (nor an accountant on stage) this time. We will now see if the industry has self-policed to the point where the focus can return to the art. 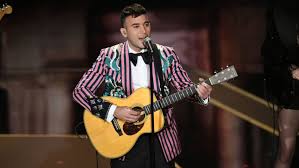 This entry was posted on Monday, March 5th, 2018 at 9:16 pm and is filed under Articles. You can follow any responses to this entry through the RSS 2.0 feed. You can leave a response, or trackback from your own site.