It’s time for a quick mid-year look back at my favorite movies from the first six months of 2017. We all understand that most movies vying for Oscar attention are released in the 4th quarter, but every year there are some terrific movies released early in the year that deserve a bit more attention and a bigger audience. Below is a breakdown of my favorites from the 118 (new release) movies I watched between January 1 and June 30, 2017. These are listed alphabetically by genre so as not to spoil the year-end Iist. 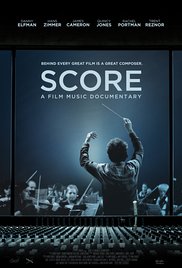 Abacus: Small Enough to Jail – rather than “too big to fail”, this is the story of the only financial institution indicted for their role in the 2008 mortgage crisis.

City of Ghosts – RBSS (Raqqa is Being Slaughtered Silently) is a faction of citizen journalists risking their lives to report on ISIS activities. 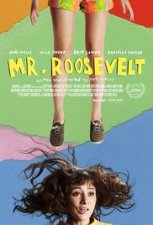 Band Aid – a husband and wife try to save their marriage by communicating, laughing, and arguing through their musical jams

La Barracuda – Half sisters, both daughters of a dead music legend, struggle to bond and find peace or satisfaction in their father’s legacy

Mr. Roosevelt – Austin based comedy centered on a pet tragedy and one woman’s desperate attempt to make peace with the past

The Big Sick – a true relationship story filled with laughter and drama that brings something new to a genre where quality stands out.

Wonder Woman – some terrific Act One sequences, tributes to 1978 Superman, a couple of stellar action sets, and a likeable hero. The movie that saved DC comics.

A Quiet Passion – while there is nothing quiet about Cynthia Nixon’s portrayal of Emily Dickinson, the film helps explain her life and what inspired her writing.

Chuck – the real life inspiration for Stallone’s Rocky Balboa, Chuck Wepner (The Bayonee Bleeder) was known for taking a punch. The movie delivers one.

The Hero – it could be seen as a tribute to Sam Elliott’s career … or a glance at the challenges of finding one’s place as the years advance.

The Lost City of Z – beautiful photography and sustained tension make for a wonderful adventure film based on the explorations of Col. Percival Fawcett.

Wakefield – if you’ve ever thought about putting your life on hold, or just enjoy commentary on suburban living and career pressures, this one is for you.

Split – a return to form for M. Night Shyamalan, and a nightmarish look at what it would be like to be kidnapped by someone with 23 personalities. 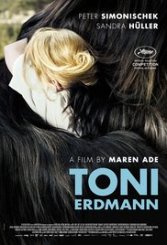 Frantz – Francois Ozon’s version of one man’s quest for a clear conscience after WWII left him burdened with guilt. His trip is not a simple one.

Julieta – An estranged daughter, recollections of her life, and painful self-evaluation provide the palate for this latest from Almodovar.

Toni Erdmann – the comical shenanigans of a prankster father as he attempts to inject life lessons into the stressful daily career life of his daughter. Oscar nom last year

This entry was posted on Wednesday, July 5th, 2017 at 9:16 pm and is filed under Articles. You can follow any responses to this entry through the RSS 2.0 feed. You can leave a response, or trackback from your own site.