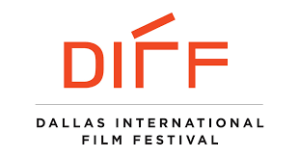 It’s the second Friday of DIFF which means a high profile new release in the prime time slot. This year it’s The Lost City of Z. The epic and historical tale hit theatres nationally next week, so it’s nice to get an early peek. Below is a recap of the 2-and-a-half films I watched on Friday April 7:

THE LOST CITY OF Z

We aren’t likely to watch a more beautiful or expertly photographed film this year. Director James Gray’s project looks and feels like a throwback to days of epic filmmaking, and cinematographer Darius Khandji’s (Se7en, Evita, The Immigrant) fills the screen with green and gold hues that deliver both a sense of realism and a touch of romanticism. The quibble here is with the emphasis on the biographical rather than the more interesting and compelling and adventuresome expeditions to the “new” world.

Our hero (and the film’s portrayal provides no other description) is military man and explorer Percy Fawcett played by Charlie Hunnam. Based on the book by David Grann, the film divides focus into three areas: the stuffy, poorly lit backrooms of London power moguls; the 1916 WWI front line where Fawcett proves his mettle; the jungles of Amazonia wherein lies Fawcett’s hope for glory and redemption. It’s the latter of these that are by far the most engaging, and also the segments that leave us wishing for more detail.

The three Fawcett expeditions form the structure for the quite long run time (2 hours, 21 minutes). In 1906 the Royal Geographic Society enlisted Fawcett for a “mapping” journey to distinguish boundaries around Bolivia in what had become a commercially important area due to the black gold known as rubber. Fawcett was not just a manly-man, he was also obsessed with overcoming his “poor choice in ancestors” and gaining a position of status within society. Using his military training and personal mission, that first expedition (with help from a powerful character played by the great Franco Nero) was enough to light Fawcett’s lifelong fixation on proving the existence of Z (Zed) and the earlier advanced society.

Back home, Fawcett’s wife Nina (Sienna Miller) shows flashes of turn-of-the-century feminism, though lacking in judgment when she suggests a ridealong with her husband on his next expedition. Though the couple spends little time together, given the years-long trips, they do manage to produce a hefty brood of kids, the eldest played by Tom Holland (the new Spider-Man).

1912 brings the second Amazonia expedition, the one in which renowned Antarctic explorer James Murray (a snarly Angus Macfayden) joins Fawcett and his by now loyal and expert travel companion Henry Costin (a terrific Robert Pattison). The trip proceeds as one might expect when an ego-driven, unqualified yet wealthy passenger is along for only the glory. Murray’s history is well documented and here receives the treatment he earned.

It’s the third trip in 1925 that Fawcett makes with his son that will be his last, and the one that dealt the unanswered questions inspiring Mr. Grann to research and write his book. It’s also the segment of the film that leaves us wanting more details … more time in the jungle. With the overabundance of information and data available to us these days, the staggering courage and spirit of those willing to jump in a wooden canoe on unchartered waters and trek through lands with no known back story, offer more than enough foundation for compelling filmmaking. It’s this possibility of historical discovery that is the real story, not one man’s lust for medals and confirmation. More jungle could have elevated this from very good to monumental filmmaking.

Well I was due for my first major disappointment, and it came courtesy of a documentary with an interesting synopsis. The leader of Finland’s “worst” cheerleading squad travels to Texas to gain tips and training ideas to improve her squad’s performance. I only lasted 40 minutes of the listed 86 minute run time, and I’m still not sure if this is director Christy Garland’s final version of the film, or if this was simply a rough cut rushed for a festival screening. And that’s where I will leave my comments

A late night screening of an action movie from China/Hong Kong has a responsibility to the genre to check certain boxes, none of which included thought-provoking or socially conscious issues. Instead, success depends on a visual onslaught of explosions, car chases, helicopter flights, sleek and modern tall building sets, loud and massive gun battles, and confined area martial arts duels.

Writer/director Ringo Lam and his cast (Daniel Wu, Hsiao-chuan Chang, Amber Kuo) subject themselves to all of the violent perils listed above, and even toss in cancer and the battle for revolutionary healing drugs to ensure there is never a moment of peace and quiet during the film.

The “ex-stem cells” are the McGuffin that creates the good guys vs bad guys scen ario. Will this medical breakthrough be used to cure cancer and other diseases, or will they be weaponized for power? So while that’s the question asked in the film, my movie-buddy JJ asked the real question … has Michael Bay already begun work on an Americanized version? Surely that mammoth skyscraper explosion is already on his Bay-splosion radar.

This entry was posted on Sunday, April 9th, 2017 at 10:22 pm and is filed under Action, Articles, Documentary, Drama, World Cinema/Foreign. You can follow any responses to this entry through the RSS 2.0 feed. You can leave a response, or trackback from your own site.