In a year when Viola Davis urged us to “exhume those bodies” from the graveyard because that’s where the potential is, it wouldn’t be shocking to learn that long-ago-deceased Rod Serling actually produced the 2017 Academy Awards ceremony. Of course he didn’t, but … at the sign post up ahead …

In no particular order (other than the obvious #1), here are just some of the oddities – some pleasant, others head-scratchers:

Maybe the only thing missing was Rob Lowe singing to Snow White!

It was nice to see the gold statuettes spread over quite a few films: La La Land won 6, Moonlight 3, Hacksaw Ridge and Manchester By the Sea each won 2, and one Oscar went to Arrival, Fantastic Beasts and Where to Find Them, and The Jungle Book.

Fortunately, political views only snuck in a few times: Jimmy Kimmel’s opening monologue and a couple of other times through the evening (including a failed Twitter bit), and the statements from Iranian director Asghar Farhadi (The Salesman), the producer of The White Helmets, and the confusing remarks from the director of O.J.: Made in America.

At times it did feel like a long lost episode of “The Twilight Zone“, though there were enough moments to remind us that the ceremony, at its core, is a celebration of cinema – and the magic it brings. 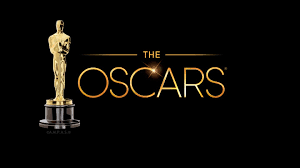 This entry was posted on Monday, February 27th, 2017 at 6:39 pm and is filed under Articles. You can follow any responses to this entry through the RSS 2.0 feed. You can leave a response, or trackback from your own site.

One Response to OSCARS 2017 recap