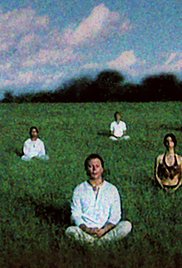 Greetings again from the darkness. David Koresh and the Branch Davidians. Marshall Applewhite and Heaven’s Gate. Jim Jones and People’s Temple. Charles Manson and The Manson Family. For most of us, this list just about sums up our insight into the world of cults … and the horrific and violent endings of each are probably the only reason we know as much as we do. Filmmaker Will Allen, and his library of archival footage spanning more than 25 years, takes us behind the scenes of The Buddahfield, a cult run by an exceedingly odd man named Michel Rostand … or Jaime Gomez … or Andreas … or Reyji … depending on what time period and location we are discussing.

The film begins in 1985 West Hollywood as Mr. Allen joins his sister in her search for enlightenment and spiritual awakening. “Why am I here?” he asks … not referring to the commune of young men and women, but rather why is he on earth – what is the meaning of life? We have all wondered if it’s simply life and death, or if there is a greater purpose. These unanswered questions are how massive churches are built … and how cults are formed. The early film footage reveals exactly what one would expect: young people frolicking in the type of freedom that comes from dropping out of society. It’s an innocence that is ripe for plucking, and that’s exactly what “The Teacher” Michel does.

Trained as a hypnotherapist, Michel is the guru who claims to possess “the Knowing” – true enlightenment and the path to God in the purest form. At this point, I should mention that Michel is seemingly always strutting around in a Speedo and Ray-Bans. If he is a man of the cloth, it’s an awfully small swatch. He also wears heavy eye-liner and strikes many pensive poses for the camera and his followers.

The last thing that I want to do is judge these followers on decisions they made early in life. Feeling lost or emotionally empty and aimless can lead to desperation. In filmmaker Will Allen’s defense, this documentary acts as personal therapy or even catharsis for his fellow cult members who judge themselves harshly for the two decades of belief in a cause and a man that ultimately proved to be something much less than spiritual. Many of these followers are interviewed on camera and are clearly struggling even years after leaving the cult. It’s not just the awareness of so many wasted years, but also the guilt in following a man who was not merely odd, but who also victimized so many.

Creepiness plays a big part here. It’s creepy how one guy can so influence the lives of so many others. It’s creepy how no one was able to expose this fraud before so many were hurt. It’s creepy to hear these folks talk about their mindset during that time. And mostly it’s creepy to view the incredible footage shot by Mr. Allen during his two decades on the inside. Lastly, the stalking (with camera) in 2012 which allows Mr. Allen to get the ending for his movie is in itself a special form of creepy … one that had me thinking that ALL of these people need psychological help.

If you want to see the internal workings of a cult (from California to Texas to Hawaii) – one with Speedos, plastic surgery, ballet, brainwashing, two kinds of peacocks – and the subsequent fallout, then you’ll agree the film delivers a type of eavesdropping and peeking that is both rare and fascinating … in a creepy kind of way.

This entry was posted on Thursday, May 26th, 2016 at 9:48 pm and is filed under Documentary. You can follow any responses to this entry through the RSS 2.0 feed. You can leave a response, or trackback from your own site.